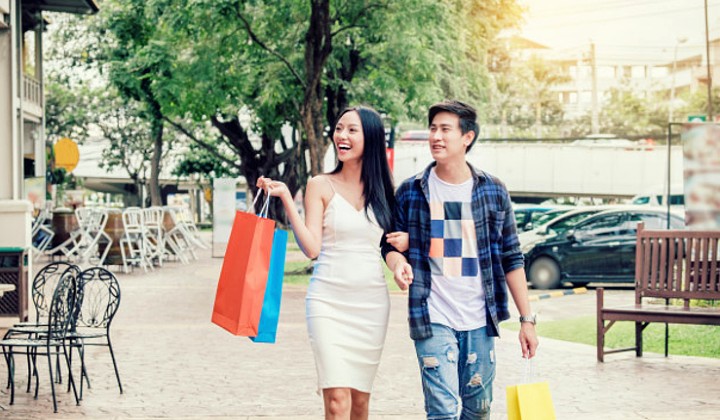 In Malaysia, the conversation of “sugaring” intensified after several billboards of a local sugar dating app, Sugarbook, were spotted around a couple of affluent neighbourhoods in KL.

The uproar was focused on public display of something immoral, with many decrying sugaring as prostitution.

This got us wondering, is sugaring really prostitution?

First things first, we look at what a sugar baby and sugar daddy/mommy relationship is like.

According to the founder & CEO of Sugarbook, Darren Chin, “sugaring” is basically a mutually beneficial relationship between two parties.

The two discuss and agree on their list of needs and wants. This list includes monthly allowance expectations, rent payment, companion for dinner or concerts and any form of emotional or financial support.

Darren clarifies that on their platform, members come from all walks of life.

The sugar daddies are generally middle-high income individuals who are business owners, lawyers, doctors and politicians.
Meanwhile, the sugar babies could be isolated working adults, struggling single mothers, divorcees, unaccompanied widows and housewives in search for a second chance in life

So in the sugaring relationship, it seems that the relationship is one of mutual benefit where the “baby” gets financial support while the “daddy/mommy” receives attention and companionship which may, but not always, include sex.

The general consensus of prostitution is someone having sex for money. Legally, the Malaysian Penal Code defines it as:

“Prostitution” means the act of a person offering that person’s body for sexual gratification for hire whether in money or in kind; and “prostitute” shall be construed accordingly.

Interestingly, being a prostitute and prostitution isn’t illegal in Malaysia, but it is restricted.

What’s illegal is offering prostitution services aka advertising themselves and living on the earnings of prostitution. It’s also illegal to be a pimp and to seek out prostitutes.

So is sugaring really prostitution?

Based on TRP’s Facebook poll, many people believe so.

However, the argument for sugaring is that the sex -if it happens- is consensual and agreed upon by both parties and there is a relationship between the sugar baby and the sugar parent.

Darren points out that sugar babies are not sex workers who are forced into labour and they do not trade their bodies for monetary value.

However, it is important to note that a Norwegian businessman was handed 6 months suspended sentence in Belgium for promoting prostitution in May 2019. BBC reports that the sentence was meted out in relation to his dating website that advertised sugar daddies to Belgian university students.

Verdict: We’ll wait for the courts to decide.