Professionals and political activists are among the independent candidates, who come from a variety of backgrounds. 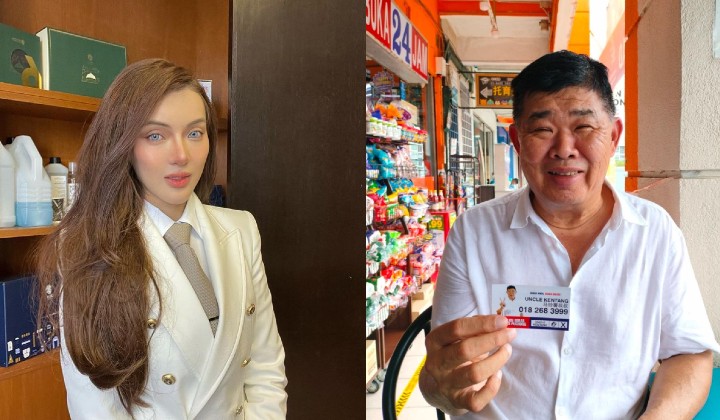 According to Bernama, 108 independent candidates will run for parliamentary seats in the 15th General Election (GE15), a record compared to the 24 who stood in GE14.

The diverse backgrounds of the independent candidates include professionals and activists.

You may recognise some of their names from social media, but perhaps you do not know much about them. Here is a brief introduction to some of the well-known names.

First, we have Siti Kasim

Siti Kassim is an activist and a human rights lawyer. Most of you will recognise her from TikTok, Twitter, and Instagram, where she constantly discusses social concerns in our nation. She will now be competing for the Batu parliamentary seat.

She is eager to bring about change among Malaysians in the future.

She joined the Bar Council’s Human Rights Committee in 2007. It was at that point that she discovered Malaysia had several human rights problems. Siti Kasim began visiting Orang Asli villages in the peninsula and soon became aware of their problems.

Siti Kasim’s manifesto calls for the separation of religion and government. She stated that the government should return the management of Islam to the Sultan as per our constitution and that they should manage according to the law.

Her reasoning on why she’s competing for Batu

Since the composition of non-Malays in Batu is 60%, she believes that her manifesto can be understand by urban folks that are mostly non Malays. Because they can relate to it.

I am not anti-religion, I am not anti-Islam at all. But I think the use of religion is being manipulated by the politicians too much.”

Next, we have Deepak

Deepak Jaikishan is a businessman who is also a former associate of incarcerated Datuk Seri Najib Razak and his wife.

He was supposed to have been the Perikatan Nasional (PN) candidate for the Pulai parliamentary seat but he withdrew and decided to go independent.

According to New Straits Times, he stated that he decided to leave the coalition because he did not agree with PN.

What is he known for?

In late 2009, private investigator P. Balasubramaniam stated that Deepak and Mohammad Nazim Razak, Najib’s younger brother, coerced him into retracting a sworn statement implicating the then-prime minister in the death of Mongolian model Altantuya Shaariibuu in 2006, according to Malay Mail.

Since then, Deepak has launched a number of lawsuits against Najib and Rosmah, alleging defamation and poor business dealings, but it is unclear what triggered the rift.

He had also claimed he was in Najib’s residence when the latter allegedly gave the order to kill Altantuya.

Another name that is well-known and frequently draws attention is Nur Fathiah Syazwana Shaharuddin, also known as Cleopatra, who is running as an independent in Batu.

Cleopatra is a passionate community activist who aids those in need.

According to Mstar, along with serving as Director of Nova Defense Sdn Bhd from 2019, she has also served as Director of Raffles Force (Malaysia) Sdn Bhd since her appointment in 2021.

This Penang-born’s hectic schedule did not deter her from getting involved in charitable activities and going on to create a non-governmental organisation (NGO) despite it.

The Kuala Lumpur Federal Territory Women’s Alliance Action Organization, also known as the Hetero Action Women Alliance, is one of them (Hawa).

It is known that prior to founding Hawa, she participated in community, welfare, and social activities and resolved a variety of problems and needs for people of all races and religious backgrounds.

‘Adnan Sem-pit’ Director is competing too

Ahmad Idham believes that if an artist runs against a former menteri besar in a political election, it will certainly make history.

Ahmad Idham Mohd Nazri is an actor and film director.

He is running for the Port Dickson seat under Parti Pejuang Tanah Air (Pejuang).

His pledge? Not wanting to make unrealistic promises to the Port Dickson people.

What are his goals?

He says that the most important things to fight for are economic stability, resolving critical problems, increasing tourism, improving infrastructure and public facilities, and making Port Dickson a center for special education, according to Harian Metro.

He previously ran for the Semenyih state seat but was defeated in the by-election three years ago.

It appears from all of his posts on Facebook that he has helped a significant number of individuals living in his community.

He has been of great assistance and has provided financial support in addition to donating other essential items.

Abdul Rani Kulup Abdullah, sometimes referred to as Ayahananda Rani Kulup was once a sensation well-known on social media and regarded as the country’s King of Police Reports. He is running against Ahmad Idham and three other candidates in Port Dickson.

He is also often known by slogans such as “Ko Tunggu Aku Police Report” and “Kipidap Dongibab.”

The Perak born activist enlisted in the army during a time when the country was experiencing numerous upheavals owing to persistent communist terrorist attacks.

Rani Kulup is committed to the well-being of veterans and soldiers.

He stated that the current camp and housing for soldiers of the Armed Forces would be maintained and protected.

Additionally, he promised to address the issue of documentation for children born outside of wedlock (unrecognized marriages).