A Tiktok user tried a new placement for his RFID tag and was surprised that it worked better than expected. 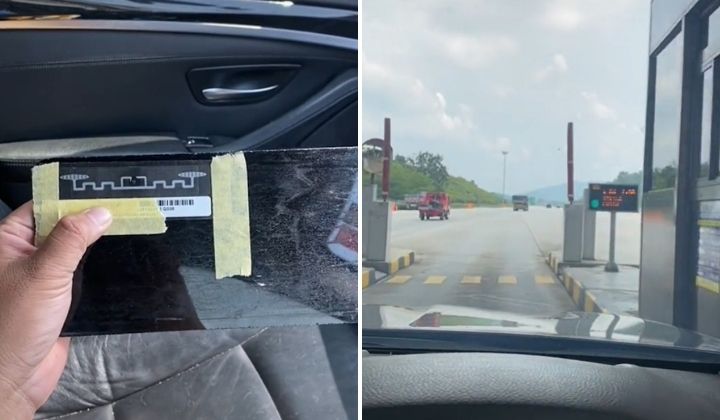 It’s usually recommended to stick the RFID tag in the middle of the left headlamp or the top left corner of the windscreen.

NorAzri decided to stick the RFID tag behind his car number plate with cellophane tape and went for a drive to test his theory.

He first drove to Kuang Timur toll plaza and was surprised to see the sensor immediately detecting the RFID.

He went through several tolls without issues, and each time the sensor could detect his car from afar.

He encountered a minor lag at Sungai Buloh toll plaza but it could still detect the RFID at close range.

Since the new placement proved to work better, he took the risk and decided to make it a permanent fixture for his vehicle.

After doing so, he went for another drive to test the RFID tag and it worked as usual. He recommends the new RFID placement because it’s neater and makes travelling much more convenient.

Some netizens tried the trick and reported that it works as shown. They’re happy with the new RFID placement.

However, they also expressed caution and worry in the event that the number plate breaks or is stolen.

NorAzri acknowledged the risk and suggested that the RFID be placed out of sight behind the number plate.

Did You Know That The Oldest Civilization In Southeast Asia Is In Sungai Batu, Kedah?

Are You Planning To Travel To Singapore? Remember To Fill The White Card Online