If offenders are caught illegally recording in the cinemas, they’re liable to a huge fine or imprisonment or both. 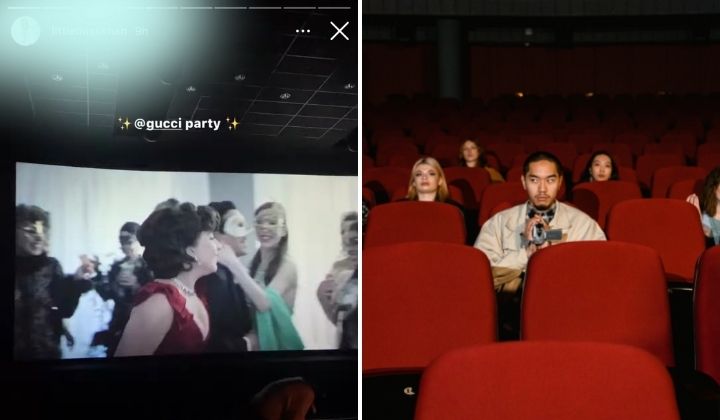 Despite numerous warnings and public service announcements by Malaysian cinemas, some moviegoers are still secretly recording snippets of the film they’re watching and uploading it all on social media.

Three years ago, her sister Neelofa pulled off the same stunt.

In light of this, GSC has reported the issue to the movie distributor United International Pictures for further action.

United International Pictures are now aware of this for their further action. Thank you!

Netizens suggested that cinemas should have their employees shine a light or laser on the offender to discourage others from repeating the act.

This move has been used in the Malaysian Philharmonic Orchestra (MPO) and Istana Budaya. So far, it looks like it works.

Why is recording in the cinema a bad idea?

Four years ago, GSC posted on its Instagram Story to explain why moviegoers must stop recording in the cinema.

Illegally recording in the cinema can lead movie distributors to lose trust in the Malaysian market and they might pull their movies from the country.

You’ll be breaking the law

Yes, it’s tempting to record a short snippet of the latest movie you’re watching in the cinema and show it off on social media.

However, you might want to rethink that the next time you’re catching a movie on the big screens.

This is because under Section 43A of the Copyright Act 1987, individuals who are guilty of doing any audiovisual recording in a screening room in whole or in part can face a fine of not less than RM10,000 and not more than RM100,000, or jailed for a maximum of five years or both.

According to Ask Legal, attempts to record a movie are also punishable with a fine of between RM5,000 to RM50,000 or jailed for up to 1 year or both.

If you’re caught and charged under the law, you won’t be watching movies in the cinemas for a long time.