A total of 51 vehicles that were left at the Bandar Baru Salak Tinggi Business Park received illegal parking fines. 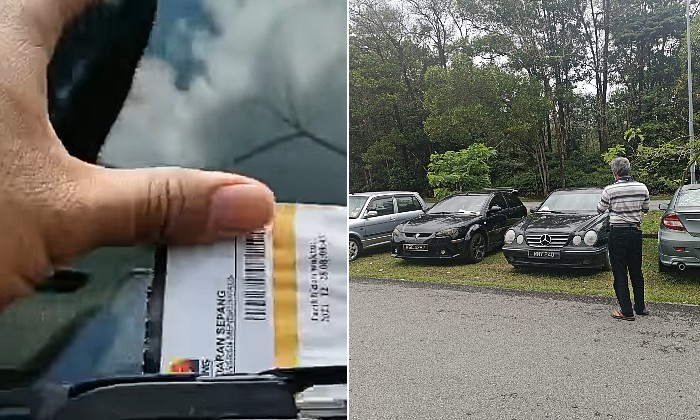 Several Sepang residents were shocked to discover that their vehicles that were damaged by floods and left parked out in public were slapped with illegal parking summons from the Sepang Municipal Council (MPS).

A video and images shared by Facebook user Ucop MH Tow showed a row of vehicles – from local to imported cars, and even a yellow school van – parked on a grassy area in front of a workshop, had MPS parking tickets attached to their front windshields.

“Where is MPS’s sense of concern? Vehicles (damaged by) floods that are parked in front of a workshop while they’re being repaired were summoned,” wrote Ucop in the captions.

The viral clip had invited netizens to criticize the local authorities as well as the government, in general, to say that they weren’t compassionate towards flood victims.

“MPS is cruel. No humanity, not considerate at all,” wrote one commenter.

“Vehicles that aren’t disturbing traffic also got summoned?” asked another.

While one commenter joked that this was what the government meant by, “Keluarga Malaysia”.

In response to the viral issue, MPS stepped up with a statement signed by its president Datuk Abd Hamid Hussain to justify their actions.

MPS explained that the summons was issued by their parking enforcement units on 28 December 2021.

A total of 51 vehicles (including those seen in the viral video) that were left on parking lots and open public areas at the Bandar Baru Salak Tinggi (BBST) Business Park were fined because they did not have ‘parking coupons’ on display.

The statement notes that summonses were issued because vehicle owners and the workshop management failed to pay parking fees or informed MPS that the vehicles that were left there had been damaged by floods.

They said that they didn’t issue fines on vehicles that were left there that clearly showed signs of being damaged by floods.

MPS added that illegal parking has been a long-standing issue in the area and they were well within their right to issue summons under MBS’s by-laws – which provides a maximum compound of RM100.

They said that the area in question had previously been a dumping ground for broken down and unclaimed vehicles and because the BBST area was not affected by floods, they don’t want the place to become like a junkyard.

However, MPS stated that flood victims who’ve been issued with parking summons can come forward to get an exemption from paying fines.