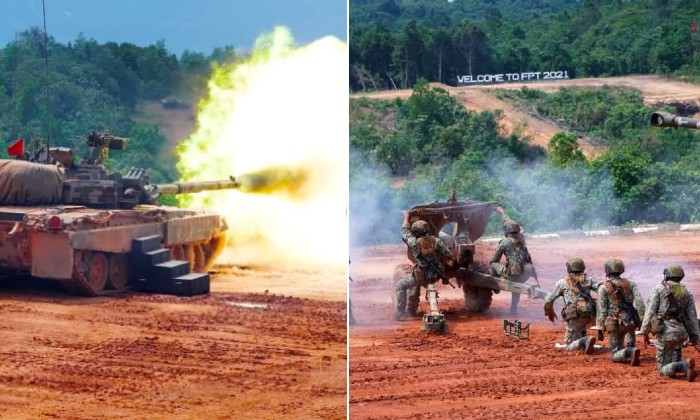 The small town of Gemas, Negeri Sembilan was rocked by the sounds of gunfire as the Malaysian Armed Forces (ATM) conducts their annual real-world war exercises at the Kem Syed Sirajuddin army base this week.

The massive training exercise involves the participation of close to 1,000 troops and over 100 different military assets from the army, navy (TLDM) and airforce (TUDM) as well as ATM’s very own Army Air Forces (PUTD).

Their mission is to showcase the combat abilities of the Malaysian military in combined arms, manoeuvres, firepower and tactics.

The exercise also serves as valuable training for army recruits to get a taste of what a real battlefield would be like.

According to the Defence Ministry (MIDEF), this goes to show that our troops are always ready to handle sophisticated weapons and arms systems, and are able to perform their duties valiantly to protect our nation if need be.