The hype over the movie is so big that Sunway Pyramid, that is re-enacting one of the games, has seen an 10% increase in footfall. 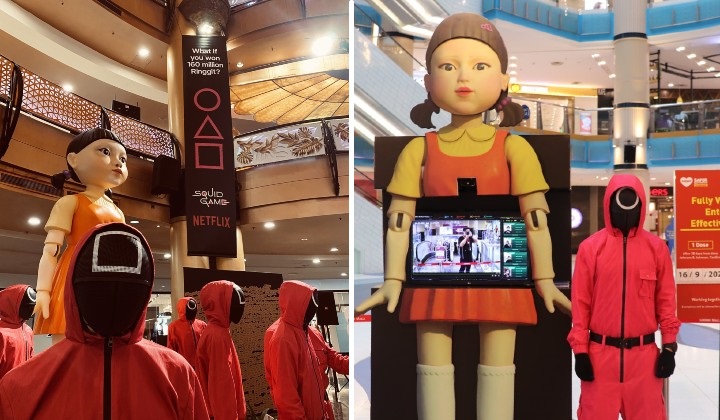 Marketers are on the ball when it comes to riding on the popularity of the Netflix series Squid Game.

It is now Netflix’s biggest series launch and has stolen the top spot from period drama series Bridgerton.

And like anything ground-breaking, marketers are quick to make the most of the hype.

One brand that’s doing it right is the shopping mall Sunway Pyramid who has collaborated with Netflix to recreate the iconic scene from the “Red Light, Green Light” game.

The activation was done in collaboration with The Chariot Agency, C27 and Maker Lab and since 14 October (Thursday), the mall has seen an overall increase of close to 10% of footfall as compared to the previous Thursday.

In addition, the footfall around where the game is hosted increased by 15%.

Meet the giant doll from Squid Game in person

Without revealing too much, the giant doll featured in the ‘Red Light, Green Light game will be there as the main installation (LG1 Pyramid Atrium opposite from Costa Coffee), and also at select entrances to scan your temperature before you enter the mall.

If you’re feeling sick, stay home because you don’t want to find out what happens if she singles you out for having a temperature (plus, they probably won’t let you in).

You will also see the pink officers from the game to ensure you follow SOPs properly. And if you ask nicely for a business card, you will also receive an invitation card where you can obtain rewards such as special deals, privileges, and gifts from retailers in the mall.

The Squid Game madness happens from now till 31 October, and from now until 24 October, join in on their online contest to win a Netflix gift code.

Eat Tacos To A View Of Sunway Lagoon At Taco Bell’s New Store In Sunway Pyramid!