This man is a legend 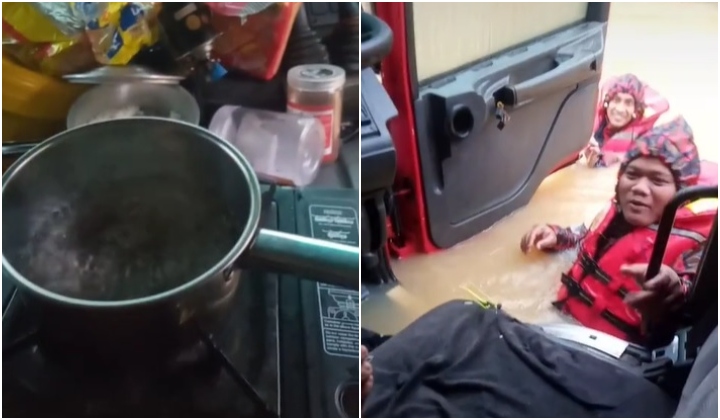 With the floods wreaking havoc in Pahang, it’s amazing to see how some Malaysians can remain so light-hearted despite finding themselves in the midst of a natural disaster.

For instance, a Pahang man trapped in his lorry in the middle of floodwaters who tickled Malaysians all over the internet for his laid-back sense of humour when bomba personnel came to his rescue.

You see, he was in the midst of cooking Maggi in the cab when two firemen approached the trapped lorry. When they reached him, the hungry man cheerfully invited them to come join his meal, asking if they’re hungry as well.

Surprised by the offer, the abang bomba laughed along and asked if he wanted to follow them to the rescue centre. But the hungry lorry driver told his bemused rescuers to hold on while his Maggi instant noodles finishes cooking and laughter ensues.

The 30-second video posted on Tik Tok by the lorry driver (@iskandar6400) quickly went viral after it was shared on Twitter as Malaysians laughed along with him and his dedication to Maggi.

In case you’re wondering of his fate, don’t worry as subsequent updates on his Tik Tok account show that @iskandar6400 eventually left the lorry as water levels continued rising.

He came back later to inspect his lorry which had died and found an empty bottle of booze in the back. He surmised that the reason his lorry didn’t want to work was because it was drunk.

This man is a legend.