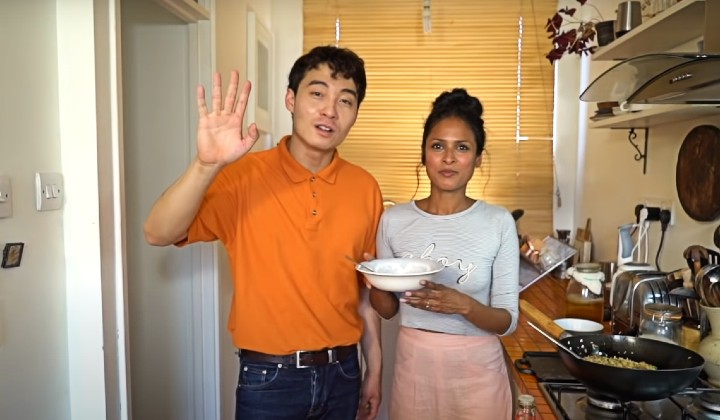 After trending worldwide for his critique on how one should not cook rice, UK-based Malaysian comedian Nigel Ng, popularly known as his stereotypically Chinese alter ego, “Uncle Roger”, finally gets a taste of BBC Food host Hersha Patel’s home cooking.

In a video posted on YouTube, the celebrity chef invites the comic to her kitchen to try her own personal egg fried rice recipe.

The two had met earlier following Ng’s comedic commentary which was first posted in 2019, to work on their collaboration.

Uncle Roger and “Auntie Hersha” as she’s referred to in the sketch, are seen playfully bantering around the topic of food, cooking, and culture.

After having roasted Patel for her egg fried rice recipe in a cooking segment on BBC which involved washing cooked rice with a colander, this time around Uncle Roger was impressed with how his favorite meal was prepared.

Besides making comments on her cooking, Uncle Roger played around with Auntie Hersha’s “obsession” with colanders as well as making some hilarious culinary anecdotes, among my personal favourites being;

All Asian people use finger. This is magic measuring…

You are not a scientist, why using measuring cup?