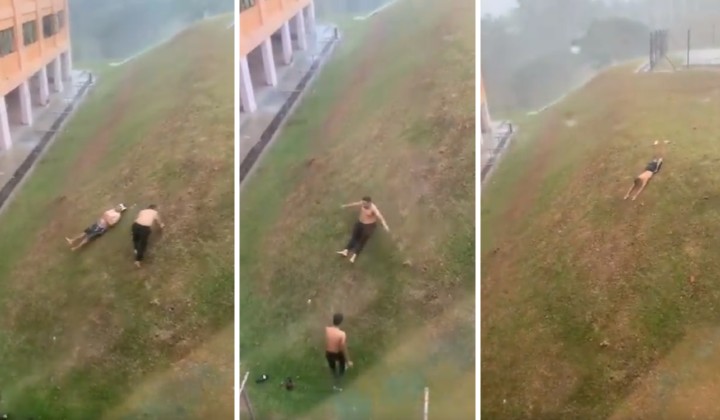 College life can be filled with constant stress and surges of anxiety, and oftentimes students struggle with ways to just take a breather and chill out.

Well, a couple of university students found a splashing way to destress and mellow out from the pressures of studying with a lil fun time in the rain!

“When you’re stressed out from studying.”

The video shows a couple of boys getting a kick out of a makeshift water slide by sliding down the side of a small hill!

With over 30,000 views, the wet and wild scene received a wave of attention from netizens who were amused by the guys who were obviously soaking in bliss.

â€œWhy have I not done this before? God, I just feel like going back to studying just to get stressed out and do this.â€

boys are so dumb and cute🥺😂

Seeing these guys have a blast from such a simple activity does put a huge smile on our faces.

What are some of the fun things you do to unload from the burdens of student life? (or working life for that matter…)