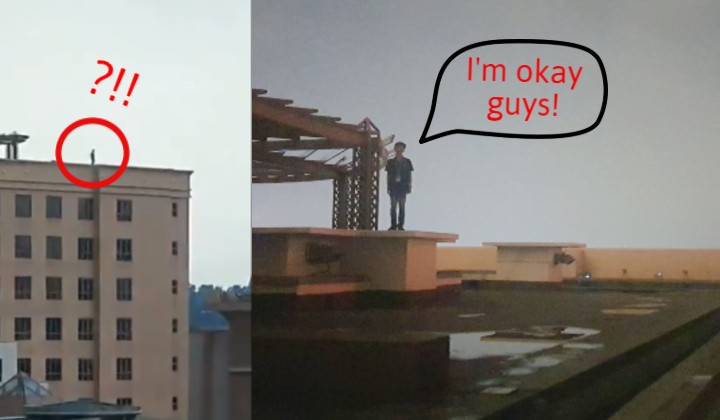 Talk about a weird day at work.

A misunderstanding left one Malaysian in quite the awkward predicament when he was arrested for attempted suicide, last Wednesday.

In a thread which is currently making its rounds on Twitter, user AsyrafBinAzlin recounts an amusing episode involving the Fire and Rescue Department which resulted in him being detained by police.

â€œHilarious! Someone thought I wanted to kill myself. Police and fire department came, because they saw me standing here,â€ wrote Asyraf in his tweet accompanied by a short video of the supposed incident which was apparently shot from an adjacent building.

The 17-second video shows a man, seemingly standing at the ledge of the rooftop.

At the time, Asyraf was actually in the process of servicing and repairing the building’s water heaters (which is where he works BTW guys) when the authorities came to collect him. 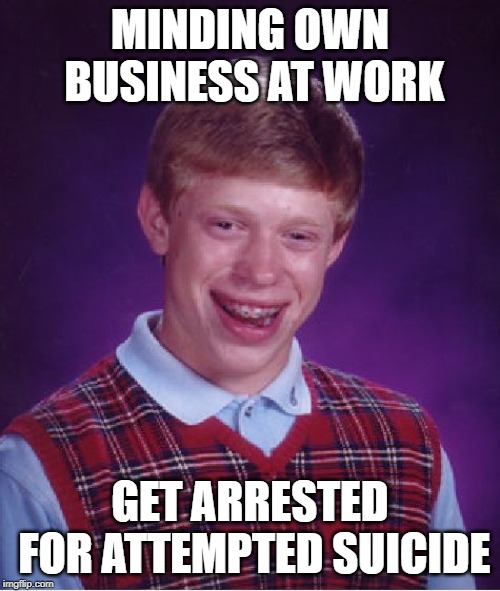 Asyraf was quite perplexed by the whole ordeal, when the word of his supposed attempt at suicide had even reached his colleagues and superiors.

He was later free to go after giving his statement and was left pretty amused by the whole ordeal.

However the twist continues, as upon closer inspection, Asyraf had figured that the man (in the original video) wasnâ€™t actually him.

It may have been a cleaner who had been working there earlier, drawing attention but leaving before police arrived.

Twitterjaya who were equally amused by the affair came in to share their thoughts on what had happened.