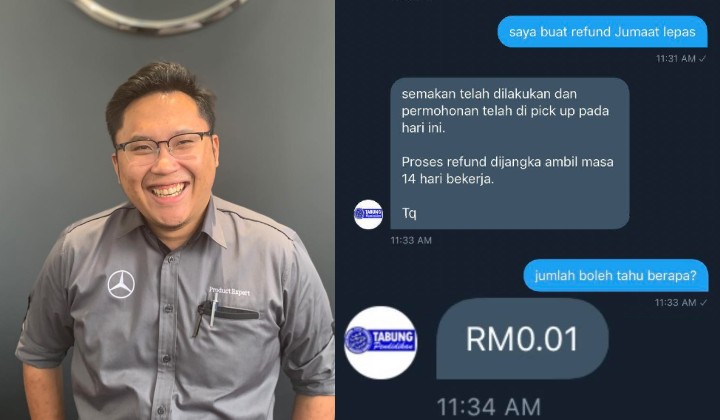 A responsible Malaysian, Faiz Bahruddin, shares his joy on Facebook after PTPTN told him he overpaid his loan.

He had even started thinking about all the things he would buy with all that extra cash.

It all started mid last year when he conveniently used his EPF (Employees Provident Fund) to pay off ALL his PTPTN loan.

Yes guys, he paid off all his loan with PTPTN.

His travel ban was lifted.

Life was fine and dandy.

Then earlier this month, a year later after paying his debt, Faiz received an email from PTPTN.

Today, he finally DM-ed PTPTN on Twitter asking them on the amount of money that PTPTN actually â€˜owedâ€™ him.

Any guesses how much he will be getting back?

Well as they say, every cent counts.

Though, we don’t think he can buy a pair of Raya shoes with that much money. 😅

When we asked, Faiz told TRP that he doesn’t regret asking back RM0.01 as he feels that it is his right.

For all of you who would also like to try your luck, here is the link for you to check if you have paid an excess to PTPTN.