The film is based on a 2000 school violence incident which he claims was covered up by the government. 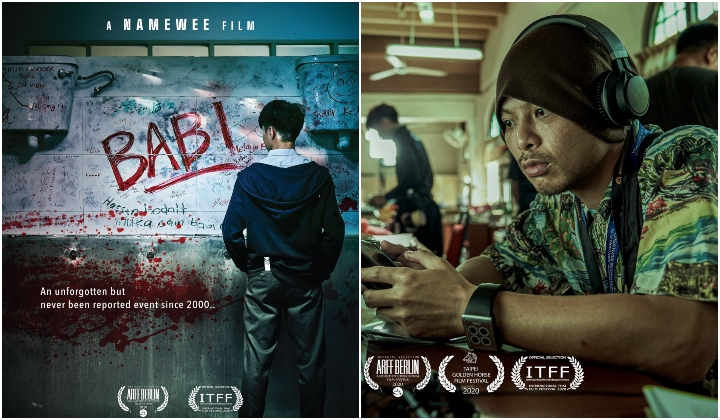 Namewee – whose real name is Wee Meng Chee – took to Facebook to share the good news that his film had received two nominations at the Open World Toronto Film Festival for Best Director and Best Actor.

So, what is Babi all about?

Namewee explains that the film is about a real incident of school violence that took place at a “ secondary school located in the southern part of Malaysia” in 2000.

The title, Babi, is a reference to the Malay word for “pig” that’s often used as a derogatory term.

He claims that the incident was covered up by the government and the media was censored from reporting.

Therefore, this tragedy has finally been ‘resolved’ by certain parties and Malaysians have been ‘blocked’ from the event.

After 7 long years of raising capital, the film was finally made with a measly budget featuring amateur actors. The filming was completed quickly in 10 short days.

My intention of making this film is to expose the truth about this incident and remind Malaysians that we must stay united and not be manipulated by politics to prevent such racial tragedies from happening again.

The filmmaker also claimed that the film has been banned in Malaysia and cannot be released in local theatres.

However, with the international recognition gained from the various film festivals, Babi will finally hit theatres on 20 November – in Taiwan.

There’s no information where else viewers can watch the film, but you can check out Babi‘s trailer below: