Instead, he wants to fight corruption with PEJUANG. 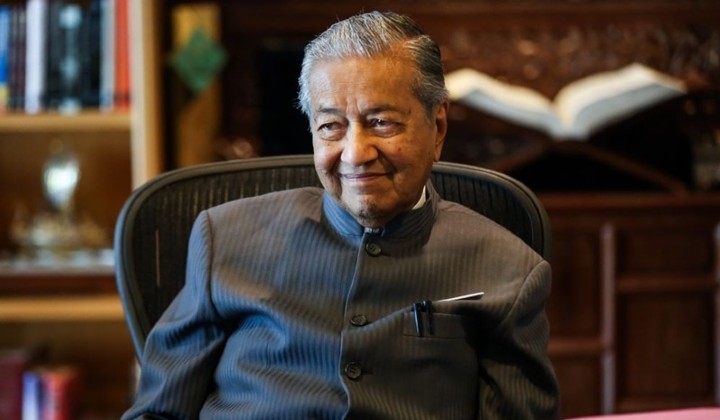 Former Prime Minister, Tun Dr Mahathir Mohamad has thrown in the towel and doesn’t intend to contest in the next General Election (GE), but instead will continue to fight corruption through his new party, Parti Pejuang Tanah Air (PEJUANG).

I want a little more time, but I think I will serve in the short term. But I will not contest in the 15th GE election.

He holds the record as the oldest Prime Minister in the world when Pakatan Harapan (PH) toppled Barisan Nasional with an unexpected victory in the May 2018 election.

Despite being the longest-serving Prime Minister in his first term from 1981 to 2003, his second stint lasted for only two years before resigning on 24 February.

Dr Mahathir has been critical of Prime Minister Tan Sri Muhyiddin Yassin and Perikatan Nasional (PN) which he likens to the previous Barisan Nasional (BN) government.

For three months after PN became the government, I did not make any comments because I wanted to see their performance. Unfortunately, it turned into corruption, buying support for the government but still having a majority of two MPs.

Muhyiddin has the support of 113 members of the Dewan Rakyat from 222 Members of Parliament but things have changed recently with Opposition leader Datuk Seri Anwar Ibrahim claiming to have enough supporters to take over the government.

On that matter, Dr Mahathir thinks that Anwar must submit the amount in Parliament to confirm that he really has the support.

When asked if he would support his former protege/enemy, Dr Mahathir said PEJUANG did contact Anwar but they were rejected.

We have many times proposed to work with him but were rejected. Therefore, we have to think carefully about whether to support him or not.

Anwar Ibrahim Did Not Reveal Who Supports Him, Says Istana Negara

I Have Over 120 MPs But The Agong Must Be Given Time, Says Anwar