A breakdown between the two coalitions. 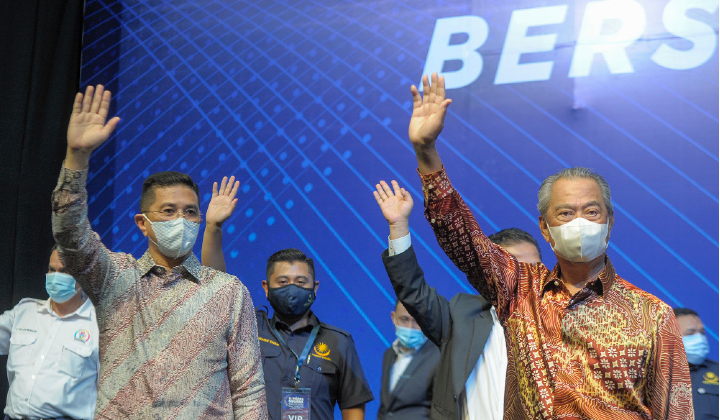 This was confirmed by MN/Barisan Secretary General Tan Sri Annuar Musa that the coalition – comprised of Parti Islam SeMalaysia (PAS) and the United Malays National Organisation (UMNO) will be accepting Bersatu.

So what is Muafakat Nasional?

It’s the coalition of Pas and Umno created at the end of 2019 with the purpose of taking the former goverment, Pakatan Harapan (PH) for the next General Election – that was until the ruling party imploded.

With the addition of Bersatu, here are the parties under MN:

But what about Perikatan Nasional? The party coalition that Umno left just a month ago?

Here are the original component parties for PN in May:

They have been the ruling coalition in the country with Bersatu President, Muhyiddin Yassin as Prime Minister after the resignation of Former Prime Minsiter Tun Dr Mahathir Mohamad.

PN maintains a slim majority in Parliament, with 111 Members of Parliament (MPs) out of 222.

According to reports, after the departure of Umno, Perikatan will only have 5 component parties, which includes BN’s component parties while Pas and MIC has confirmed that they will remain in the coalition.