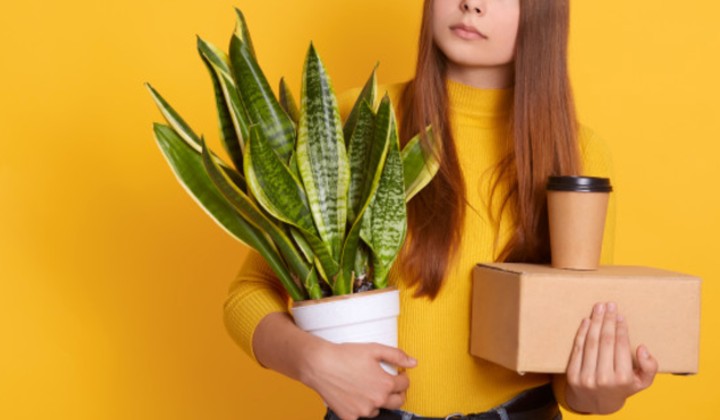 Multiple articles claiming that the common snake plant is harmful to health have been circulating online.

Naturally, it caused quite a lot of panic, particularly because the article strongly implied that the snake plant is toxic and would be harmful to health.

The article cited Dr Fatimah Salim, research fellow at the Atta-ur-Rahman Institute for Natural Product Discovery, University Teknologi Mara (UiTM), saying that keeping snake plants at home could lead to microorganism multiplication that can affect the health of certain groups.

She noted that soil is the most condusive place for microorganisms to thrive, such as bacteria, algae, fungus, protozoa, actinomycetes, and ciliata.

That’s why soil should not be kept indoors as it may be harmful especially to those with suppressed immune system because they can be easily affected by the presence of these microoorganism.

She then suggests using soil alternatives for people who still want to grow plants indoors.

In this case, Dr Fatimah is speaking on the specific context of soil microorganisms posing a possible health risk to those already with weakened immune systems.

Recently, the Malaysian National Poison Centre also posted about the dangers of the common plant, citing that the plant has an active ingredient of saponin. If large quantities of the plant are ingested, it may cause light symptoms such as vomitting, diarrhea, and rashes.

In this case, the National Poison Centre is referring to ingesting the plant in large quantities, which is probably not a threat to (reasonable) adults.

Without the context under which these risks are discussed, the plant suddenly sounds terrifying, if you think there are millions of malicious little bugs in the soil and that the plant can cause vomitting.

In reality, the plant is almost harmless to the healthy individual.

Whether we like it or not, we do not live in a sterile world. Even our bodies are host to billions of microorganisms, from our guts to our eyelashes. Throwing open the window at home introduces microorganisms into your room, together with dust, sand, and maybe even some soil. For a majority of the population, this is not an issue.

However, people who already have pre-existing health issues such as a compromised immune system might be a little sensitive to it. If there is someone in your home who suffers from a weakened immunity or chronic health issues and having such plants increases their discomfort, then simply move the plant into another room or outdoors.

In addition to that, the basic principle of toxicology is the dose makes the poison.

Snake plants do have saponins in their leaves. So do peas, soybeans, lentils, onion, garlic, spinach, oats, tea, yam, and plenty of other commonly-eaten plants and vegetables.

Saponin in snake plants could potentially cause vomitting and sickness, that is, if you gorge on it like it’s dessert at a buffet table. But who goes around chewing on snake plants? (If you do, stop.)

They are also not particularly fatal to pets such as dogs and cats. Your pet may feel a little ill, but they’re unlikely to keel over from ingesting saponin. If this is a true fear for you, however, then simply put your snake plant somewhere out of reach of children and pets.

Conversation around snake plants have increased because the plant is famed for its air purifying capabilities, driving up the demand at nurseries. Even we at TRP have written about the plant as one of the 5 best indoor plants for clear air (ps. it’s #1 on the list).

Many people are also populating their living space with a lot more indoor plants as the “indoor plant jungle” movement gains traction.

🍃 We feature the best of #indoorplantsdecor 😍 ! Follow us for inspiration and to spread the love of beautiful Indoor Plant Decor 🌿 — Featuring @joshuah_olen

Understandably, people may not have done full research on the plants that they bring home. However, context is always important: and in this case, unless your home has an immunocompromised individual or pets who have a particular liking to the way snake plants taste, you should be fine.