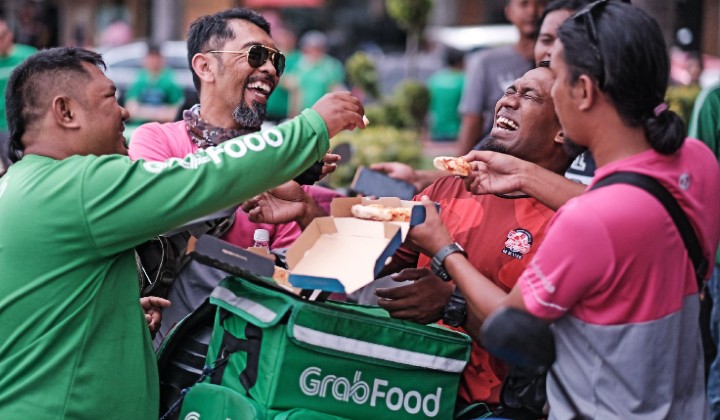 Amidst allegations that its food delivery service was discriminating against local small and medium-sized enterprises (SMEs), GrabFood came out to say that it does not play favorites with restaurants advertised on its mobile application.

Recently, Burgetory, a local burger joint in SS15 Subang Jaya made a public complaint through Facebook claiming that GrabFood was intentionally not displaying the restaurant or other local stores with ‘cheap’ menu items on the app.

Burgertory explains that over the Covid-lockdown period, it had found that its food menu was not made available and that the restaurant had apparently been “turned off” on the app.

The restaurant said that its customers had complained that they could not find Burgertory anywhere on the app despite being within the allowed delivery distance covered by the service.

Burgertory claimed that GrabFood had, on purpose, neglected local restaurants in place of stores with a larger “sales bucket” and would be given priority based on the higher commissions or fee that they pay the service provider.

In response to the allegations, Grab Malaysia Managing Director Sean Goh stated that GrabFood does not intentionally turn off or hide stores based on commissions.

Sean explains that during the festive seasons, such as the recent Hari Raya Aidilfitri holidays, GrabFood had applied a “temporary pause” feature on the app with restaurant owners given instructions to update their operating hours.

This was done based on feedback given by its delivery riders who found that certain restaurants were closed despite it still being available on the app.

The feature was made to ensure that customers won’t be disappointed over ordering and paying for food that they’ll never get.

Prior to Raya holiday period, we sent out multiple communications (emails and SMS) to remind our restaurant partners to update operating hours and how to easily reactivate their restaurants in case of a ‘temporary pause’.

Providing further explanation on how the GrabFood app works, Sean says that the app will automatically reduce the maximum service distance of a particular restaurant in any given area when there are not enough delivery riders available in the surrounding location at the time or during rainy weather.

This would occasionally result in some restaurants being off the menu or stores that are further away from the customers appearing on the app.

For example, Customer A may reside in Bangsar but only see restaurants available in PJ, because we have insufficient delivery partners within the Bangsar area at that specific time.

In the case of Burgertory, GrabFood apologises for not being more attentive with their partners and are sorry for providing them with inaccurate information.

GrabFood says that it empathizes with the strife of its merchant partners, especially given the tough times brought upon by the Covid-19 crisis, and would be taking steps to ensure its service performs at the highest level.

In this case, we apologize that we were not attentive enough to ensure our partner received and acknowledged our communications.