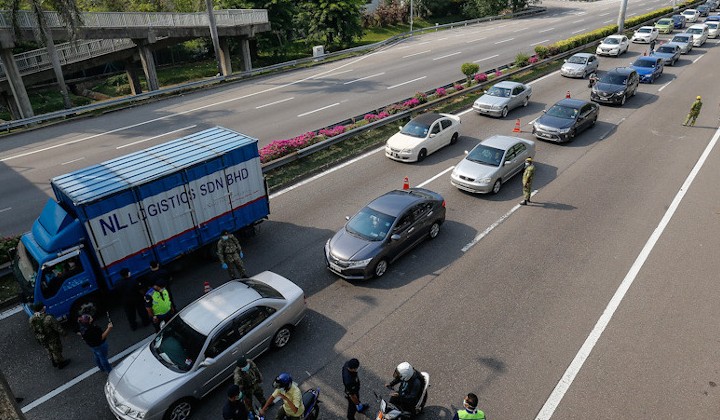 Melaka (668), Perak (362) and Penang (284) are the top three states with the highest cross-border attempts to balik kampung, according to Senior Minister Datuk Seri Ismail Sabri Yaakob.

He said in total there are 2,539 vehicles which attempted to travel interstate but were ordered to turn back.

Ismail Sabri added that the police has conducted 154 roadblocks in the country to prevent Malaysians from crossing state borders to prevent the spread of Covid-19.

The reason why people are still trying their luck, Ismail said, could be attributed to the announcement made previously that Malaysians aren’t allowed to travel interstate anymore.

It could be that because we announced that yesterday, people think that they might be penalised on the next day, so they tried to cross the border before the ban is enforced.

When asked by the media whether people can stay overnight on the first day of Aidilfitri, he said that they’re not allowed to do so as it means that they would be at the house for two days.

Earlier the government has allowed for families to gather for Hari Raya but is only limited to the first day.

Let’s say if Hari Raya falls on 24 May and if somebody were to stay at the house until after 12 am, that’s considered as 25 May and it clearly violates the SOP set earlier.