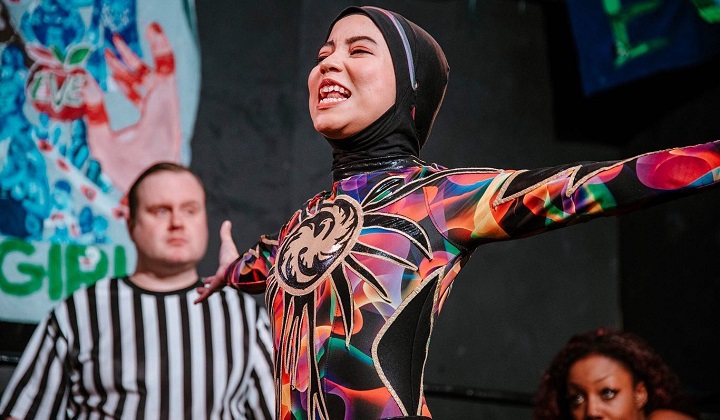 You’ve probably heard of Nor ‘Phoenix’ Diana, the petite Malaysian who made headlines across the globe as the world’s first hijabi pro wrestler.

Well, it looks like she’s not quite done grabbing headlines as the feisty lass has not only made it to Forbes “30 under 30 Asia” 2020 list, but graced the cover of Forbes Asia’s April edition as well!

Honoured in the list’s Entertainment & Sports section, Nor Diana is lauded for breaking down barriers.

While she’s been criticized in Malaysia’s online community for fighting — and for her tight costumes — her involvement in the sport has sparked growing interest in wrestling among young women in Malaysia.

Despite her tiny 152cm-tall frame, Nor Diana packs quite the punch. In fact, she defeated five men to become the first female champion of the Malaysia Pro Wrestling (MyPW) Wrestlecon championship, which has been running for 6 years.

Not only that, the story of her victory was tweeted out by US pro wrestler Mustafa Ali – which launched her into superstardom.

After her triumph in the ring, the 20-year-old quit her job as a clinical assistant last November to train in London with the UK’s Pro Wrestling: EVE.

I want to inspire women not just in hijab but women in general. Nothing can stop us as long as we have passion and believe in ourselves.

Nor ‘Phoenix’ Diana to Forbes Asia.

The prestigious “30 Under 30 Asia” list is released every year by Forbes, highlighting young entrepreneurs and changemakers. This year’s “30 Under 30” list comprises of bright young things across 22 countries and territories in the Asia Pacific – which means that 12 revolutionary young Malaysians also made it onto the list.

Penang Ranked As 3rd Best Island In The World To Retire