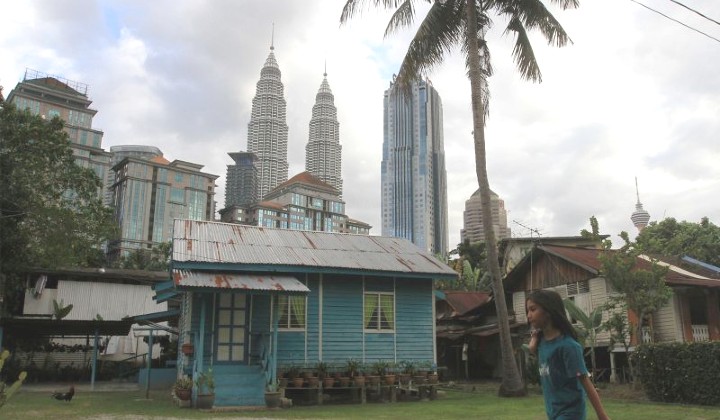 Not all lands are equal in Malaysia.

In Peninsular Malaysia, the major ethnic group has plots of land reserved for them known as Malay Reserve Land under the Malay Reserve Enactment introduced by the British in the early 1900s.

Since its inception, almost every state in the Peninsular has such land except for Melaka, Penang, and also Singapore – which was still part of Tanah Melayu at the time.

Many pro-Malay blogs (please let us know if you have any credible sources) claim that even Malay rulers have underlined the significance of land ownership in their “7 Wasiat Raja Melayu” or “7 wills of Malay Rulers” which states that 50% of the land should be reserved for Malays while the remaining is fair game for all races.

What is Malay Reserve Land and why is it being talked about by various stakeholders?

Made a century ago

It was then repealed in December 1933 and was replaced by the Malay Reservation Enactment 1933.

The Federal Constitution defines a â€œMalayâ€ as a person who professes the religion of Islam, habitually speaks the Malay language and conforms to Malay customs.

According to the Department of Director General of Lands and Mines – under the Ministry of Water, Land and Natural Resources, the purpose of Malay Reserved Lands is to prevent state land in reserved areas from being disposed to the non-Malays.

What that means, these lands can only be transferred to buyers within the same community and the non-Malays can’t buy or even lease the land.

Although the government is allowed by law to acquire these lands for the purpose of the redevelopment, the Federal Constitution has stipulated that the land must be replaced.

As of 2018, Malaysia has around only 12% of the land reserved for Malays and much of it is attributed to the lack of replacement lands given.

Another issue hampering the development of Malay Reserved Lands is its special status and these lands are often considered as “second class” due to the “Malays only” stipulation.

Often these lands are overlooked, contributing towards the decline in value.

The margin in rates is said to be up to 40% where a piece of freehold land is valued at RM100,000, but the value of a similar plot of Malay Reserve Land will only be around RM60,000 to RM70,000 with detractors saying the evaluation is unfair to the Malay community.

Another issue regarding a Malay Reserve Land circulates around Kampung Baru – a 307-acre area situated in the capital that was established more than 100 years ago.

It’s no secret that it’s one of the last “untouched” areas in the capital that is located near key areas in Kuala Lumpur such as Bukit Bintang, Chow Kit, and KLCC – something the government and property players are aware of.

Although previous governments have made efforts to acquire the land for the purpose of development, each administration has failed throughout the years.

Following the footsteps of past governments, Pakatan Harapan too is looking to revitalise the area with developments according to Federal Territory Minister, Khalid Samad.

These include a mosque in Kampung Baru – the centrepiece of which would include a 9.6 hectares Malay community heritage park, similar to Kampong Morten in Melaka but on a larger scale.

In 2019, the government also made the final offer to purchase the land by offering residents RM1,000 per square foot, an increase from the previous offer of RM850.

Residents will be offered at least 85% of the payout in cash while the remainder will be paid in the form of shares in a special purpose vehicle (SPV) that’ll be announced in the future.

To take over Kampung Baru, the Federal Administration has to cough up RM6.7 billion.

Although landowners pushed back, the reason for it wasn’t because of racial sentiments but the amount being offered by Putrajaya which they felt was undervalued.

The argument was the land price (RM850 per square foot) in contrast to neighbouring areas such as KLCC which can fetch up to RM3,000.

The issue even caught the attention of Yang di-Pertuan Agong Al-Sultan Abdullah Riâ€™ayatuddin Al-Mustafa Billah Shah who decreed that Kampung Baru will be redeveloped with the rights and interests of Malay residents in mind.

The government will make the announcement in June whether to purchase the land as the Kampung Baru Development Corporation (PKB) is still working on briefing landowners on the being offered.