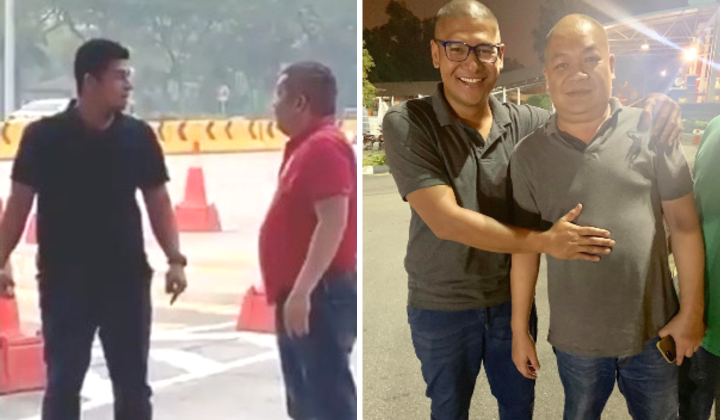 Prison can change any man…

The two hotheads who went viral after their brawl at the Bukit Kiara toll plaza are now the best of friends!

The two men apparently became chums after spending a day together in jail.

Both men had pleaded guilty to their offence under Section 160 of the penal code for assault and causing a disturbance and both men had to pay a fine of RM 1,000.

â€œThe atmosphere in jail and the condition of the prisoners immediately awakened us.â€

â€œJust imagine, the conversations, behaviour and personal hygiene of the other inmates scared us.â€

â€œThatâ€™s when we started talking, and we both regretted our action, emotions and ego during the incident.â€

Their life-changing experience in jail made them realise the error in their ways and they promised to take better care on the roads, advising other road users to always obey the law and not be too emotional.