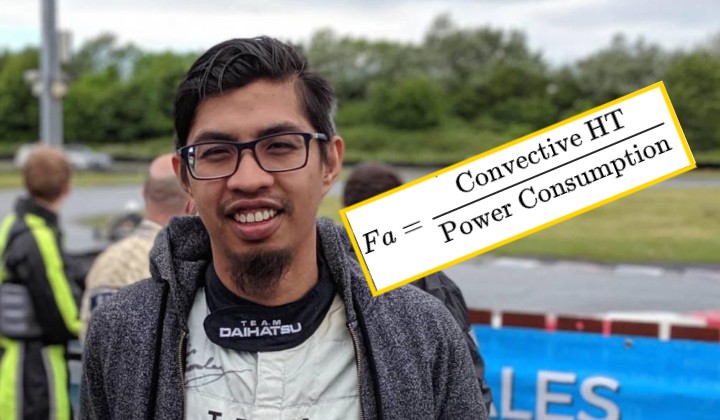 Who could have figured that the latest Italian-made hyper-car would have a touch of some good olâ€™ Malaysian ingenuity.

Meet Dr. Ahmad Syahid Ahmad Fawzal, a mechanical engineer who developed a breakthrough mathematical formula which laid the groundwork for an advanced cooling system in the car maker’s most powerful hyper-car.

The formula was devised by Ahmad Syahid when he was presented with a challenge given to him through his PhD studies sponsor, YASA Limited.

The Faizal Number, also referred to as the (Rotor) Cooling Performance Index (RCPI), calculates differences in heat transfer and the machine’s capacity to cool down the carâ€™s electrical components.

Principally, it is the ratio between convective heat
transfer and the cooling capacity, divided by the designâ€™s power consumption â€“
where higher RCPI number corresponds to greater cooling capacity rate.

We at The Rakyat Post clearly lack the technical know-how of advance thermodynamics, but congratulate Ahmad Syahid on his work nonetheless.