Michelin selects 34 KL restaurants and 27 Penang restaurants for the coveted Michelin Star, but which of these actually won the Michelin award? 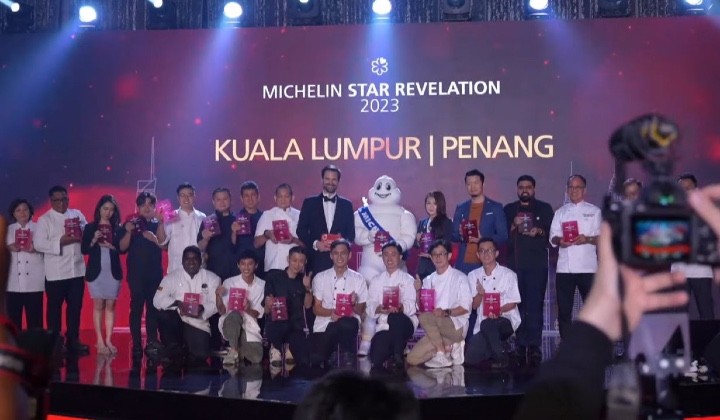 Malaysia finally has our very own Michelin-starred restaurants and eateries, featuring MANY of our humble favourites too!

At the Michelin Star Revelation 2023, they announced a total of 97 Malaysian eateries that made their debut at the first-ever inaugural gourmet recognition award ceremony.

READ MORE: This Is Why Malaysia Doesn’t Have Michelin Starred Restaurants

This is the first time the prestigious award arrived in Malaysia, with the shortlist process including years of undercover gourmands eating their way through the cities.

Why is a tyre company writing about a food guide? The guide was published in line with our founders’ motto of ‘life in motion’. Whether you’re a tourist or local, the Guide helps by recommending the best places to eat and visit.

The international director of the Michelin Guide, Gwendal Poullennec, explained that the infamous anonymous food critics have been in Malaysia for around 3 years, made up of a group of diverse men and women to avoid any bias.

The Michelin Star Revelation 2023 has selected a total of 61 restaurants in Malaysia the coveted Michelin Stars, with 34 in Kuala Lumpur and 27 in Penang.

Easy on the pocket Bib Gourmands

If you’re worried about Michelin Star restaurants burning a hole in your pocket, don’t, as there is also a long list of Bib Gourmands– 32 eateries that are affordable and humble hawker fare but just as delicious.

When asked if menu prices will increase as they eateries have earned their well-deserved recognition, the chefs reassured the media that they will not be increasing their prices to maintain the same food and accessibility for their customers.

However, the chef from Penang’s Tek Sen Restaurant cheekily noted that prices may increase slightly, though he emphasised that it will be due to inflation, not due to the fame.

So who actually won the Michelin Stars?

While the 61 restaurants were selected for the shortlist, which ones actually made it?

These are the top 4 restaurants in Malaysia as recognised by the Michelin Guide, and first ever in the country to be awarded! Congratulations! (And if you haven’t tried the food yet, then you better make that reservation really soon!)