The good news is we won’t have long to wait before getting Michelin-starred restaurants in KL and Penang. 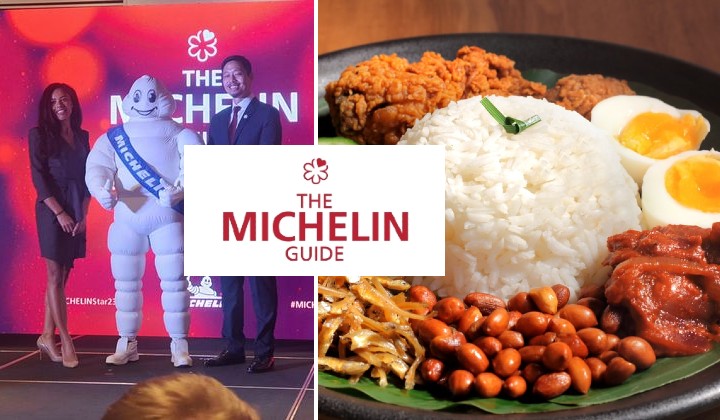 Let’s be honest, we were all kind of jealous that Singapore got their Michelin-starred chicken rice stall back in 2016.

“What about Malaysia?” we cried. “Our food is better!”

Well, all that is going to change.

We’re getting our very own Michelin-starred restaurants

The main reason why Malaysia doesn’t have any Michelin-starred restaurants is because before 2022, we never had a Michelin Guide.

Finally, the wait will end this year: The Michelin Guide has announced its arrival in Malaysia today, with their restaurant and hotel selections to be released in December 2022.

The Michelin Guide 2023 will cover two key culinary hubs of Kuala Lumpur and Penang, recognizing the best of our local culinary talents and gastronomical experiences.

How do they decide who gets awarded?

The Michelin Guide is considered the highest authority in the gourmet scene, with notoriously secretive and anonymous ‘food inspectors’ out to hunt for the very best food.

As the criteria is strictly enforced, there is a team of dedicated anonymous food critics who will visit restaurants and eateries multiple times before coming together to make their decision.

This also means that Malaysian restaurants that receive a Star from Michelin show the same promise of quality as those with a Star internationally, such as in New York, Paris, Tokyo, Berlin, or more.

Are the Michelin inspectors trustworthy?

If you think Michelin inspectors are just random people they pull from the streets to eat food, you’d be wrong.

Michelin inspectors are full Michelin employees, who undergo rigorous training for at least 2 years with senior inspectors to learn how to evaluate food up to standard. Additionally, they must also have have prior experience in the F&B industry, so they are knowledgable about cuisine.

According to Gwendal Poullennec, the International Director of the Michelin Guide, Michelin inspectors have already been in Malaysia for a good few years while putting together their Michelin Guide, much like ‘underground spies’.

Other than the fact that the team of inspectors are almost evenly split by gender, not much else is known about them, and Michelin themselves are determined to not disclose any specific information. However, they assure us that the team is large and diverse enough to cover the entire city and find high-quality restaurants.

So when will we know which restaurants made the cut?

We will still need to be patient, as the Kuala Lumpur/Penang Michelin Guide will not be announced until some time in December 2022.

Until then, the Guide and its selections are completely unknown. It’ll be a surprise for everyone!