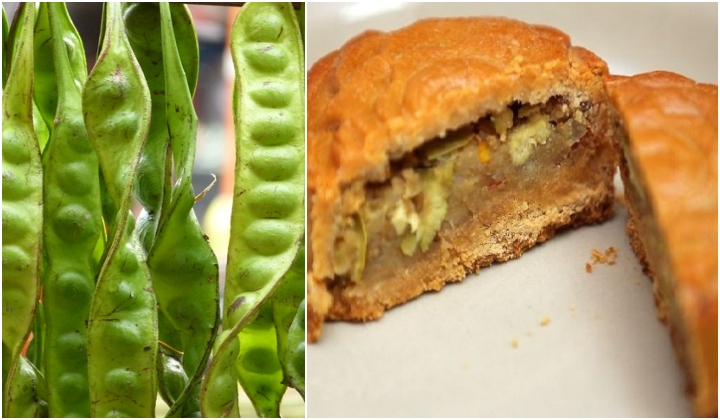 In case you missed the 10 million ads and promotions all over the place, the Mid-Autumn Festival is nearly upon us.

And that means one very important thingâ€¦ MOONCAKE!

Yes, you read that right. Petai mooncake is a thing thanks to this Ipoh aunty named Jennifer Chung.

The 55-year old home baker came up with the aromatic mooncake last year while experimenting with the infamous stink beans.

As my father loves to eat petai, I decided to surprise him with petai mooncake in conjunction with the Mid-Autumn Festival.

The petai mooncake isnâ€™t her only creation though. Aunty
Jenniferâ€™s food experiment with the odorous vegetable is 7 years strong.

Back to the petai mooncake, whatâ€™s inside?

There are three main ingredients:

Working from her home in Bercham, Aunty Jennifer told Malay Mail that she starts preparing at 3am. Itâ€™s a laborious task of mixing and resting the dough, making the filling, doing the egg wash as well as timing the baking just right.

She also works alone, making about 100 mooncakes everyday by herself and sells them at RM15 for two.

But donâ€™t you worry, sheâ€™s more than happy to take orders or the petai-obsessed amongst us.