The world is getting the Taliban wrong again and again, says Wisma Putra’s special advisor on Afghanistan. 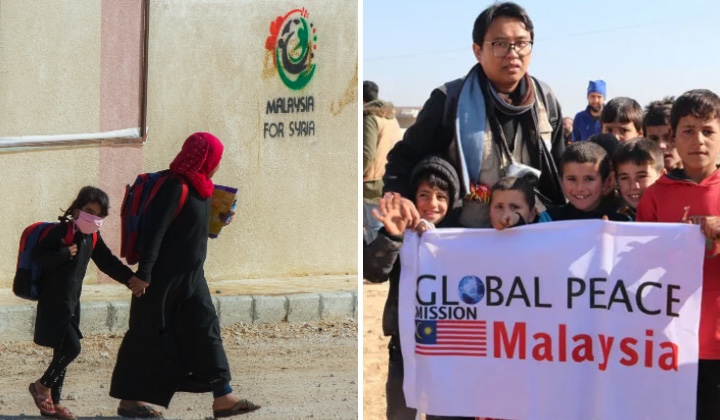 In order to be objective and balanced in approaching Afghanistan and its present government, it’s wise to observe the lead-up to the US and its allies’ full-scale withdrawal from the country.

A country that the US effectively invaded and occupied militarily since 2001.

A country that at the time of the invasion in 2001 had the Taliban as the government of the day.

A country which at this moment has the Taliban back as the present government.

For all intents and purposes short of official recognition, this withdrawal was negotiated directly by the US administration under Trump and subsequently Biden with the Taliban leadership in Doha.

The negotiations were also participated by the then Afghan government of Ashraf Ghani.

It is important to bear in mind the active role of Indonesia in bringing the two sides together during that intense period.

Indonesia invited Taliban leader Mullah Baradar to visit the country, to encourage moderation and ease the way for talks.

It is worthwhile to note Jusuf Kalla’s exceptional role in diplomacy. In order to do so, Indonesia did not break any rules or sanctions.

Indonesia proactively went to the UN security council to lobby and secure exemptions for the Taliban leaders from the UN terrorist blacklist.

That is real diplomacy in action.

Jusuf Kalla made mention of one big achievement of the Doha talks which was a mutual agreement and accord by both Afghan sides not to resort to bloodshed or civil war in the aftermath of US withdrawal.

So the dreaded bloody civil which was widely predicted by Western analysts and foreign media was avoided so far.

Malaysia’s role in Afghanistan now is not simply taking a pro-Taliban line or promoting some wild radical Malay-Islamist agenda.

Malaysian diplomats are not naïve, they are well versed in international relations, the delicate intricacies, and the huge tasks to be undertaken.

Malaysia is committed to peace and diplomacy and has taken the initiative by promoting and fostering humanitarian work and a social assistance approach towards achieving peace and progress in Afghanistan.

No one disputes the urgent social and humanitarian needs of the people of Afghanistan. There is nothing insidious or illegal which begs inviting UN sanctions or US retaliation.

Malaysians must have confidence in themselves and the goodwill that we can offer internationally.

Attacking and denigrating the Prime Minister’s special envoy to the Middle East Tan Sri Abdul Hadi Awang, who like it or not is an ambassador by the way, for talking to the Taliban just because of our local political tiffs and partisan quarrels is immature and imprudent.

Officially recognised or not, the Taliban is the government of the day in Afghanistan. Everyone talks to them and that is diplomacy.

On the subject of accusations of oppression and atrocities by the Taliban against its civilians, it is fair to recall the opinion of the General Nick Carter, Britain’s chief of the defence staff in  an interview:-

The world should give the Taliban the space to form a new government in Afghanistan and may discover that the insurgents cast as militants by the West for decades have become more reasonable.

The leaders of the Taliban will show themselves to the world, unlike during the last 20 years, when its leaders have lived largely in secret.

It may be that this Taliban is a different Taliban to the one that people remember from the 1990s.

We may well discover, if we give them the space, that this Taliban is of course more reasonable but what we absolutely have to remember is that they are not a homogenous organisation – the Taliban is a group of disparate tribal figures that come from all over rural Afghanistan.

The Taliban were essentially “country boys” who lived by the so called “Pashtunwali”, the traditional tribal way of life and code of conduct of the Pashtun people.

Pressed by the interviewing journalist that Taliban had murdered and tortured women after liberating Kabul, General Carter replied astutely, “Show me the evidence. Where are the facts of these accusations?”