The Muslim Free Hospital is an institution that Myanmar Muslims should be proud of, but should Malaysian Muslims be proud of Tabung Haji? 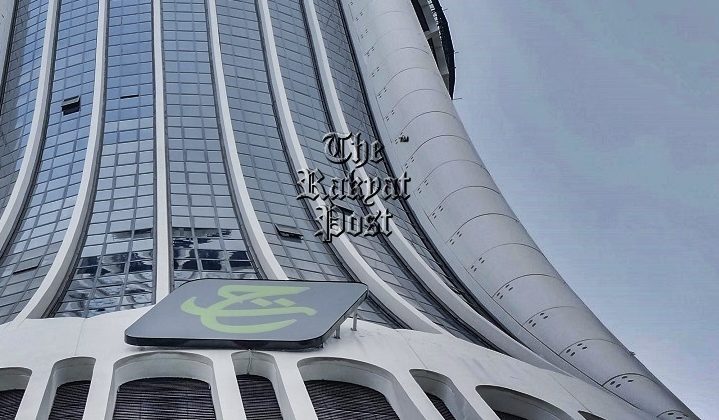 The Muslims in Myanmar are a minority in a country dominated by Buddhists. Muslims make up only 4% of the population. In fact, in some parts of the country, such as in the state of Rakhine, Muslims have been persecuted for years.

Despite all these, it is interesting to note that Muslims in Myanmar still feel that they need to contribute to their society to make it a better place for all. Their understanding and commitment to their religion motivated them to do something for their community especially for the poor.

One of the ways they do that is by setting up a hospital for the poor in the capital city of Rangoon called the `Muslim Free Hospital of Rangoon’. This institution which is admired by all, and also a source of pride for the Muslim community of Myanmar was set up in 1937 by a group of young local Muslims.

The main source of funding for the hospital is zakat funds obtained from the Muslim community in Myanmar.

Even though there is no Myanmar law that forces them to pay the zakat, Myanmar Muslims felt that it was their obligation to help the poor and, therefore, have continued to contribute approximately $400,000 a year to the hospital to provide free medical services for the poor regardless of race or religion, including those from the Buddhist majority.

For those who are able to pay, a nominal fee is charged. Through the hard work and perseverance of the administrators of the hospital, the hospital is still able to provide free treatments for the poor after almost 90 years of its establishment.

In a world currently plagued with bigotry, racism, and Islamophobia, the Muslims in Myanmar have been able to show to Myanmar society and also others around the world the real teachings of Islam which encourage Muslims to sacrifice their wealth in order to help others, especially the weak and the poor.

The Muslim Free Hospital is indeed an institution that Myanmar Muslims should be proud of.

In Malaysia, among the institutions that Muslims are proud of is the Pilgrims Fund or Tabung Haji (TH), which was set up in 1963. Contrary to popular belief, the main reason for setting up the fund was not to help poor Muslims to go to Hajj. After all, Hajj is not compulsory for people who cannot afford to make the trip.

Why the need to form TH then? The main reason emanated from an observation by the late Royal Professor Ungku Aziz that Malays who were planning to go to Hajj were not saving their money in a profitable way such as in an interest-bearing bank account. This is because that method is considered haram.

Instead, the Muslims were saving their money in homemade safes or under their pillows.

Ungku Aziz, therefore, proposed that those savings be invested in potentially profitable projects with the government as the guarantor in case there are losses that may wipe out the savings. This way the savings will earn a risk-free profit that can then be used to subsidize the cost of depositors’ Hajj pilgrimage.

However, there is a fundamental flaw in that idea – it is actually contrary to an Islamic principle of ‘Al-ghunm bi al-ghurm’ or one is entitled to a gain only if one agrees to bear the responsibility for a loss.’

In other words, Islam does not allow the practice of earning a profit from wealth without engaging in an economic venture that bears a risk. This principle underlies the prohibition of Riba-based banking because banks earn profits from loans and transfer all the risks to borrowers.

Since the government guarantees against any losses, the funds in TH understandably grew very fast to RM64 billion in 2017 and RM82 billion in 2021.

Moreover, TH has changed from a fund consisting of savings for people planning to go to Hajj to become a risk-free fund to enrich the wealthy. A report submitted to the Parliament in 2019 showed that 50% of all the deposits in TH came from only 1.3% of depositors.

However, a 2018 report submitted to the government by international audit firm PWC showed that in recent years TH suffered losses that were not disclosed to the public. The report highlighted that TH was sitting on up to RM10.2bil in losses of its domestic and international equities as of October 2018 and its liabilities outstripped assets by RM9 billion.

In 2019, the government was forced to rescue TH by injecting RM17.8bil, spread over 10 years. In a way, Malaysian tax-payers, whether rich or poor, Muslim or non-Muslim, have been forced to contribute in order to ensure TH depositors will not lose their money, making TH an institution that the poor and those who will not gain from it also need to chip in to ensure its survival.

Is that really the kind of institution that Muslims in Malaysia are supposed to be proud of?