KJ is currently contesting for Sungai Buloh under the Barisan Nasional (BN) banner. 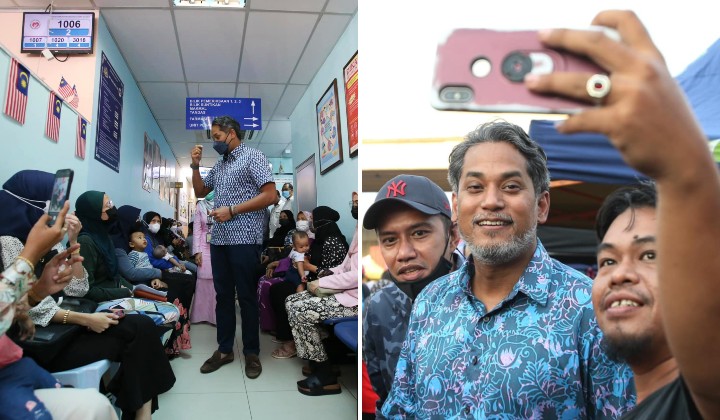 Khairy Jamaluddin Abu Bakar, also known as KJ, raised eyebrows when he announced that he will be running for the Sungai Buloh parliamentary seat, a change from Rembau where he previously represented.

READ MORE: GE15: Shahidan Out of Arau, Annuar Out Of Ketereh, KJ Goes To Sungai Buloh

You may know him as our current caretaker health minister, but what else has he done?

Since 27 August 2021, he has taken the reigns for Malaysian healthcare, most notably as the Coordinating Minister of the National Covid-19 vaccination in Malaysia (PICK), ensuring that everyone received the Covid-19 vaccine.

Cracking Down On Antivaxxers

During his time as the Coordinating Minister of PICK, he also faced attacks from antivaxxer groups, who refused to comply with the mandatory vaccines and claimed that the vaccines had deadly side-effects.

In response, he lodged a police report against them for spreading false news.

KJ Is All For MJ

KJ has also expressed support for the use of marijuana and marijuana-related products for medical use.

Instead of being vehemently against the use of marijuana in any sense, he is supportive of discussions regarding the positive uses of marijuana, cannabis, and cannabidiol (CBD) products.

As the Health Minister, he has also pushed for the Generational End Game ban, which is a total ban on the sale of cigarettes, vapes, tobacco, and related products for everyone born after 2007.

The idea is to reduce the amount of smokers in Malaysia by stopping the formation of new smoking habits and eventually eliminate the habit of smoking entirely.

This bill is officially called the Control of Tobacco Products and Smoking Bill 2022, but has brought with it contension on multiple sides.

The bill, 10 years in the making, was not able to be pushed through as Parliament was dissolved on 10 October 2022.

He’s No Stranger In Politics

Of course, KJ is a well-known name, having been around for a while. He started his political career under the wing of his father-in-law, the fifth Prime Minister Tun Abdullah Ahmad Badawi.

But politics has always been in his blood, having graduated with a Bachelor’s degree in Philosophy, Politics, and Economics (PPE) and later a Master’s degree in Legal and Political Theory at University College London. While he worked as a journalist in international publications, he later on returned to his roots here in his home country.

A brief outline of KJ’s political duties is as follows:

Despite the sudden change away from his seat in Rembau, KJ has warmly thanked the Rembau people and expressed his excitement to get to know Sungai Buloh.

Since the announcement of the new constituency, he has been campaigning hard in Sungai Buloh, and has visited government clinics, night markets, youth groups, and more under the banner of Barisan Nasional (BN).