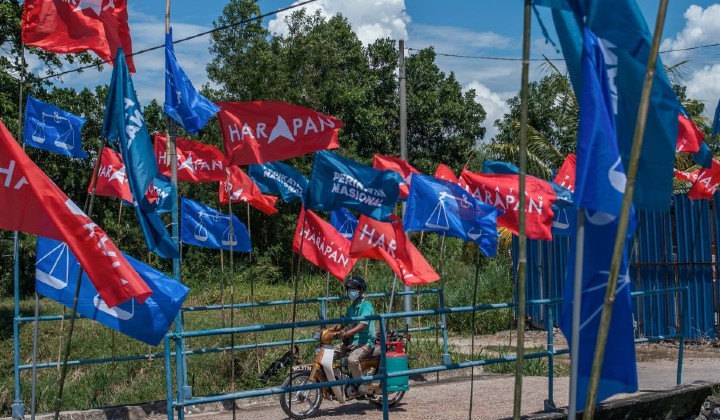 It marks the beginning of the process to form a new government in Malaysia.

As soon as the official candidates were announced by the Election Commission (EC), campaigning kicked off as political parties and individuals battle it out for 222 parliamentary seats, three state assemblies (Perlis, Perak, Pahang) and Bugaya in Sabah.

According to the EC, there will be 945 candidates competing for all parliamentary seats, which is an increase from the 687 candidates who competed in the last general election (GE14).

Here is a look at GE15 in numbers:

The highest number of independent candidates in history

A record 108 independent candidates will be competing for parliamentary seats in GE15, Bernama reported.

The independent candidates include activists, professionals, and individuals not nominated by their parties. Among them are former Batu MP and PKR leader Tian Chua and Padang Besar incumbent Datuk Zahidi Zahidul Abidin.

Pakatan Harapan (PH), as reported by Bernama, has the highest number of candidates for parliamentary seats at 206, followed by Barisan Nasional (BN) with 178, Perikatan Nasional with 149, and Pejuang with 116.

With 10 people vying for one seat, Batu is the most contested

The Batu parliamentary seat has the most number of independent candidates. They are lawyer Siti Zabedah Kasim, who is also known as Siti Kassim ; social media personality Nur Fathiah Syazwan Shaharudin, also known as Cleopatra ; Tian Chua and Too Cheng Huat.

127 women are parliamentary seat candidates while 60 are vying for state seats.

According to Bernama, PH, which consists of PKR, DAP, Amanah, and UPKO, is fielding 39 women, BN has 22 female candidates while PN has 16.

In this election, 50.48 percent of all registered voters are under 40 years of age. However, the number of younger candidates is significantly lower.

The age group with the most candidates is between 50 and 59 years old, with 443 (31.9%), followed by the over-60 age group with 352 candidates, according to a statement by the Election Commission (EC), following the nomination process.
350 candidates are between 40 and 49.