A fight that broke out between two men ended with a fatality in an incident in Bagan Tiang, Tanjung Piandang, Perak. 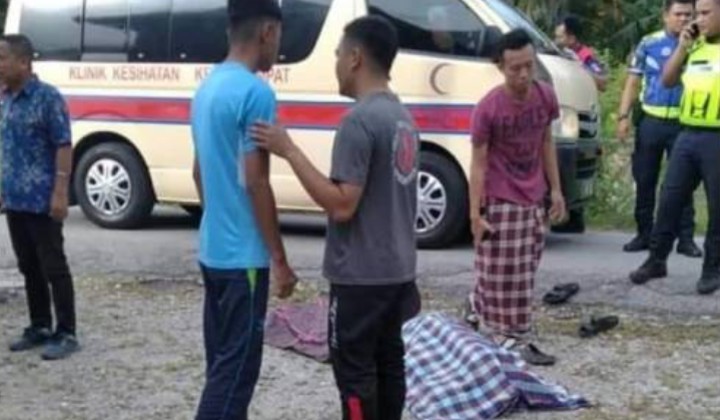 The police detained a 40-year-old male on Monday after a fight between two men over a fertiliser theft case resulted in the death of one of them in Bagan Tiang, Tanjung Piandang, Perak. He was caught at a neighbouring residence at around six o’clock in the evening, according to Perak Police Chief Datuk Mohd Yusri Hassan Basri.

The suspect was arrested at his home, which is just 100 metres away from the scene. Following preliminary interrogation of the suspect, it was discovered that the suspect admitted to fight with the victim at the scene when riding his bicycle to his friend’s house.

It is said that when he arrived at the scene, the victim stopped the suspect in the middle of the road and continued to grab his shirt and punch the suspect, but the suspect managed to dodge and hit him slightly on the cheek.

The suspect then retaliated by punching the victim on the nose and there was a fight between them until they both fell into a nearby drain.

According to him, after coming ashore, several passing villagers broke up the fight, and the suspect returned to his house. However, he stated that, according to witnesses, the man was alleged to have collapsed unconscious beside his motorcycle.

According to Mohd Yusri, the altercation allegedly started after the victim accused the suspect of stealing his fertiliser.

He mentioned that the Forensic Team from IPK Perak has collected the evidence from the crime scene and the suspect was also found positive for methamphetamine.

A background check found that the suspect had a history of drug-related offences.

The arrest will be remanded tomorrow at the Parit Buntar Magistrate’s Court, Perak.

Section 302 of the Penal Code is being used to examine the situation.