The two Malaysians have been jailed for a year by the District Court in Singapore. 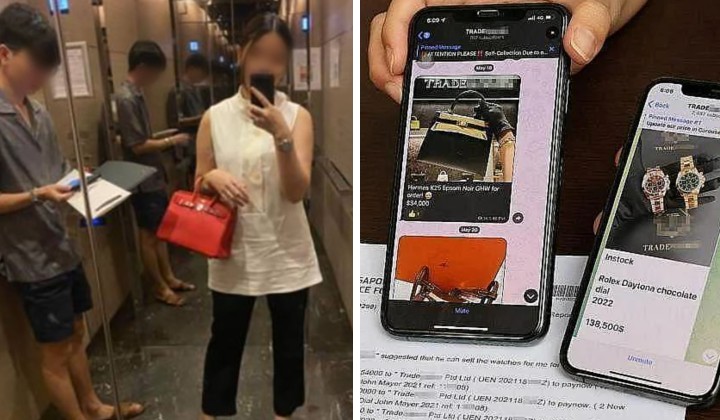 Two Malaysians have been jailed for a year by the District Court in Singapore.

They pleaded guilty to helping a couple linked to a luxury goods scam worth SGD32 million (RM103 million) to flee the republic.

Both Mohamed Alias ​​and Fazli work in the same logistics company in Malaysia.

According to Straits Times, an acquaintance of Fazli’s known only as “Anson” contacted him back in July.

Anson solicited his help to find a driver to smuggle two people out of Singapore to Johor through the Tuas Checkpoint on 4 July.

You Do Whatever That Pays The Wages

How much does crime pay?

Fazli agreed to do it for a fee of RM16,000 and enlisted the services of Mohamed Alias, a lorry driver who regularly makes deliveries from Malaysia to Singapore.

On 4 July, Mohamed Alias drove a lorry with a Malaysian registration number to a storage location in Ang Mo Kio to make a delivery.

After that, he picked up Pi and Pansuk for the escapade.

When approaching the Tuas Checkpoint, Mohamed Alias ​​ordered the couple to hide in the back of the vehicle.

They managed to pass undetected, and Mohamed Alias ​​contacted Fazli once they entered Johor.

Mohamed Alias ​​then dropped Pi and Pansuk off at an overpass before another unidentified driver picked the pair up.

However, they were eventually tracked down by the police, and Mohamed Alias ​​was arrested on 14 July, while Fazli was arrested 15 days later.

During the appeal to lessen the sentence, the two said they had family dependents in Malaysia.

They were wanted in connection with a series of cheating cases involving companies Tradenation and Tradeluxury.

The couple reportedly tricked victims into believing they were buying luxury watches and handbags but did not deliver the items.

Pi, from Fujian, China, was initially arrested by the Singaporean police on 27 June.