YouTuber Lim Shang Jin has since apologised for what he did to Serene Claire. 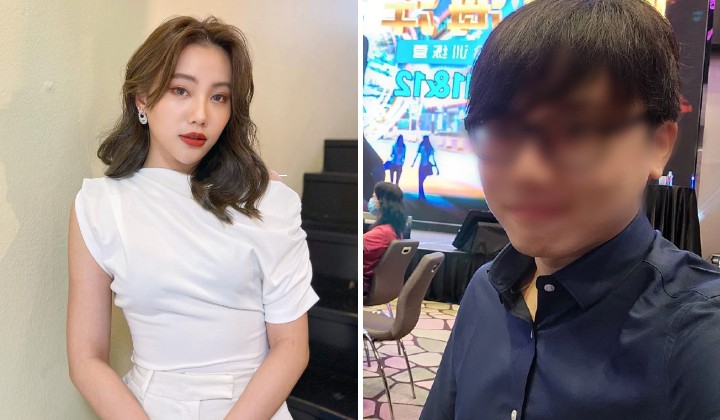 Fear of retaliation or punishment from their perpetrator, victim-blaming, that they won’t be believed, being shunned and blaming themselves for the sexual harassment and assault.

These are among the common fears and reasons why survivors keep silent.

The third runner-up of Miss Universe Malaysia 2020, model and actress Serene Chai Yon Bin, mustered the courage to speak up on her own.

However, Chai did not disclose Lim’s name when she posted on Instagram to expose the matter.

Chai wrote that she met L at a party. Since the other party seemed to have too much to drink, she brought him water, wanting to ensure that he was okay.

He asked for her number, and she gave it because they knew each other a little.

Then he kissed her on the cheek and asked for a selfie, and she disagreed with it, but she thought maybe he was just being open.

After he touched her, Lim allegedly said, “No one will see or know for only 2 seconds.”

Chai said he didn’t apologise at all (at the moment), and his friends told her to avoid him as if condoning his behaviour.

She felt disgusted and offended by the sexual harassment and immediately yelled at him.

Chai added that L told her he had a private place and asked her to come over.

Chai felt she should have slapped him on the spot, but she had never been in such a situation and didn’t know how to react.

She also wondered how many victims there had been and how many times the culprits had done the same.

If you ever see this YouTuber start with the L, especially women, please be aware and stay away from him.

Sexual assault victim Serene Chai warning women to stay away from the offender.

Although Chai did not name anyone from beginning to end, her post attracted enormous attention.

Two days after she posted, today, Lim publicly apologized to her.

I solemnly apologize to Miss Chai Yong Bin because I was in a drinking place a few days ago, and I did something very impolite to her in front of the audience at the place, which caused her severe physical and mental trauma.

YouTuber Lim Shang Jin apologising to his victim Serene Chai on his conduct.

Lim said he felt guilty and ashamed of his drinking and disrespectful behaviour.

He acknowledged he could not drink much and should control his drinking in public.

He issued an apology on his Instagram Story, saying that he thanked Chai for willing to let him apologize publicly.

If you’ve been sexually assaulted, it’s important to remember that it was not your fault.

Rape and sexual assault are always wrong – no matter who commits it or where it happens.

It is traumatic, and it can affect you both physically and emotionally. Do not be afraid to get help.

However, various laws cover different forms of sexual assault or the use of criminal force on a person with the intent to outrage modesty.

AWAM Records Rising Trend Of Violence Against Women In 2022

For online sexual harassment, one can also lodge a complaint with the Malaysian Communications and Multimedia Commission (MCMC).

It is advisable to first lodge the complaint with MCMC and then make a police report with the MCMC complaint attached.