Buatin was active in many sports throughout his life, including cycling and boxing. 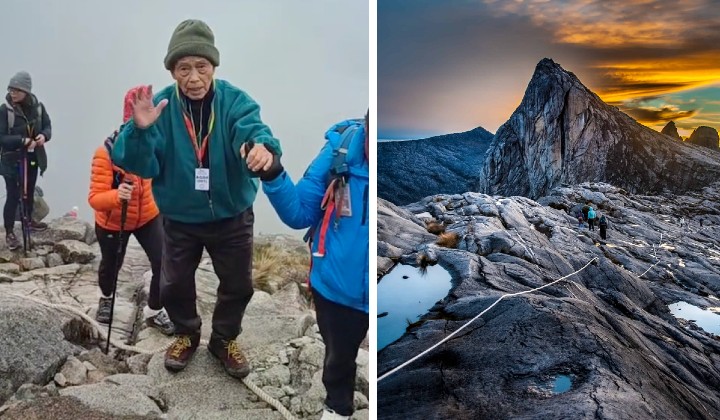 The Chinese have a saying that a treasured knife does not age (宝刀未老), which means to still be in top form despite ageing.

But Buatin’s endurance shows no signs of slowing down despite his advanced years.

And recently, he has been touted as the oldest person to reach the summit of Mount Kinabalu.

The retired boilerman has climbed Mount Kinabalu seven times and reached the peak for the eighth time on Monday morning (5 September).

His son Andrew Buatin said family members accompanied him during the latest climb.

We are not worried at all about his fitness. He has always been active in sports since he was young. He plays many sports, including boxing. You can say he is like Rocky.

The recent climb was supposed to be in 2022 but was postponed due to the Covid-19 pandemic.

Buatin also summited in 2015, just two weeks before the earthquake that struck Ranau, Sabah, Malaysia, with a moment magnitude of 6.0 on 5 June.

Harder Than It Looks

The mountain peaks’ air has less oxygen than at sea level, while the extreme cold and wind can cause exhaustion and altitude sickness known as acute mountain sickness (AMS).

Because of these factors, scientists say that a person’s “physical body age” at high mountains can add additional years to their actual age.