Muhammad Omar could not open a bank account or get a driver’s license because he had no identification documents. 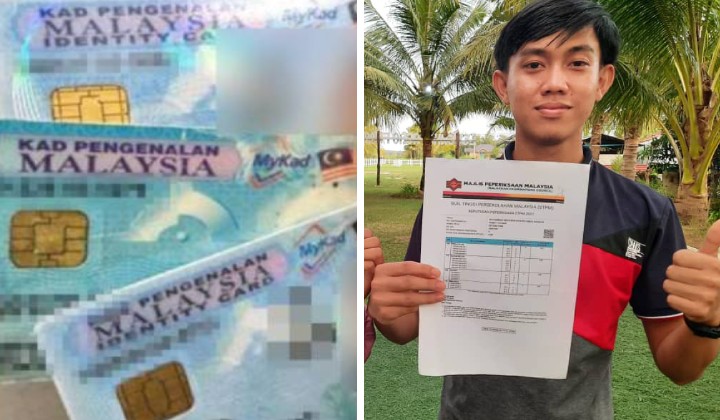 Examinations have always been the most reliable method to assess pupils.

But do good exam results at school or college guarantee success?

Despite being born on Merdeka Day, he does not have an identity card and is unable to have the opportunity to pursue his ambitions as an educator.

Even more agonising, the 20-year-old can’t proceed despite receiving a scholarship offer to continue his study at Universiti Utara Malaysia (UUM).

I would like to state that UUM is ready to offer them a scholarship if they choose this university to further their studies.

All three have a cumulative grade point average of 4.0 in their STPM 2021 exam.

They will be sponsored by the Council of Islamic Religion and Malay Customs of Perlis (Maips).

Kuips has contacted the students involved to offer a full scholarship sponsored by Maips, including total tuition fees for the duration of their studies.

No registration fee will be charged to them.

I am grateful to receive a visit from the Vice Chancellor of UUM and am willing to consider the opportunity because I am worried that obtaining an identity card will take a long time.

Muhammad Omar said he aspired since childhood to become an educator such as a lecturer or teacher, and to fulfill that dream, he needs to continue his studies to the IPT level.

Citizenship Cannot Simply Be Taken Away

Previously, the human rights group Lawyers for Liberty (LFL) highlighted the plight of Muhammad Omar, who lost his citizenship at 12.

LFL has also highlighted similar cases in the past with successful results, which should give Muhammad Omar a good reason to be optimistic.

Raised by his Malaysian father Mohd Roslan Saad, he used to hold a Malaysian birth certificate.

The trouble started when his father took him to apply for a MyKad when he was 12.

The National Registration Department (JPN) flagged an undisclosed anomaly about her mother’s untraceable identity and revoked her citizenship.

His citizenship was then revoked by JPN due to uncertainties about his parent’s marriage certificate.

Omar’s parents already separated and his (birth) mother could not be traced.

JPN advised Omar’s father to get him adopted under Article 15A of the Federal Constitution, which provides a special power for the Federal Government to register children as citizens.

By doing so, Muhammad Omar can use the documents to pursue his studies as a foreign student.

He was later adopted by his aunt (birth father’s sister) Jamaliah Saad when he was 13 years old so that he can study in secondary school.

Following that, he was given a new birth certificate in which his citizenship status has been changed to “non-citizen”.

Muhammad Omar told reporters at a recent press conference by LFL that he could not open a bank account or get a driver’s license.

He is currently working as a part-timer at a factory in Sungai Petani and is paid in cash.

But he is burdened the most by the prospect of furthering his education, which is slim, to say the least.

The plight has also caught the attention of Prime Minister Datuk Seri Ismail Sabri Yaakob, who presented Muhammad Omar and Salmah with RM1,500 each during the Keluarga Malaysia tour in Alor Setar recently.