The Malay trader said the non-Muslim shop is only for washing equipment and disposing of food waste. 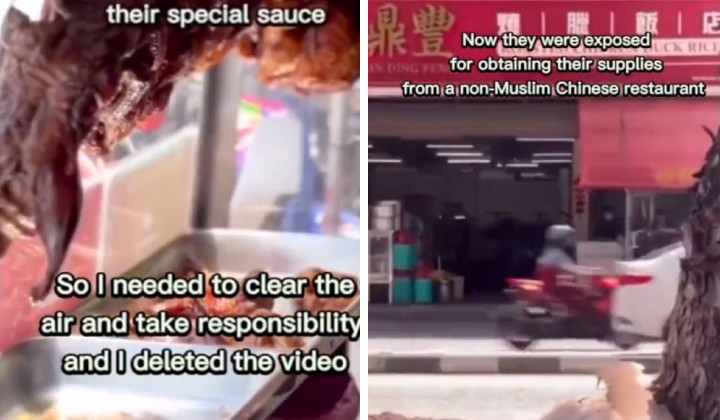 A Malay eatery in Bayan Lepas is in trouble after it was accused of selling non-halal chicken and ducks to Muslim customers.

The President of the Islamic Religious Council of Penang (MAINPP), Datuk Ir Ahmad Zakiyuddin Abdul Rahman, said that an investigation is being carried out.

Ahmad Zakiyuddin was quoted by Harian Metro as saying that the owner of the business premise is a partner of a non-Muslim who also sells chicken and duck rice.

The matter is also being looked into by the Penang Islamic Religious Department (JHEAIPP) Halal Division.

JHEAIPP inspected the chicken rice business premise in Sungai Ara today (16 August), but it was closed.

Inspections on another premise, alleged to be a branch of the Sungai Ara chicken business in the Persiaran Gurney area, have also been carried out but the owner could not be found.

Ahmad Zakiyuddin said the inspection would be carried out again with the Penang Ministry of Domestic Trade and Consumer Affairs (KPDNHEP) for further action.

The investigations will cover all angles, including allegations of obtaining supplies from non-Muslim owners.

Earlier, a video recording went viral showing workers from the shop handing over the cooking equipment and food ingredients at their premises to a non-Muslim premise in Paya Terubong.

In response, the trader, known as Aliya, uploaded a video on Facebook claiming that the non-Muslim premise merely serves as a place for washing equipment and disposing of food waste.

It is true that we always go to that restaurant, but only to send excess food such as bones to be given to the pet dog of the owner of the premise.

The Malay trader explaining his dealings with the non-Muslim premise.

In the video, Aliya also showed how the food at her shop is processed.

It was also announced that the shop is closed because of doubts about the halal status of the food they sell.

An apology was offered for causing the people to have misgivings and anger.

The public is also given assurance that no meat was ever sourced from the non-Muslim premise.

Instead, the chicken rice is cooked by the trader’s employees.

Meanwhile, some netizens who have patronised the trader’s shop gave their point of view.

Before the video went viral, they said there was no reason to suspect the food’s halal status, as everything looked alright.

They also urged the trader to give a complete and thorough explanation.

Excellent Ramen For The Slurping Mob In Klang Valley