Non-Malays turn away from public service due to perceived lack of meritocracy. 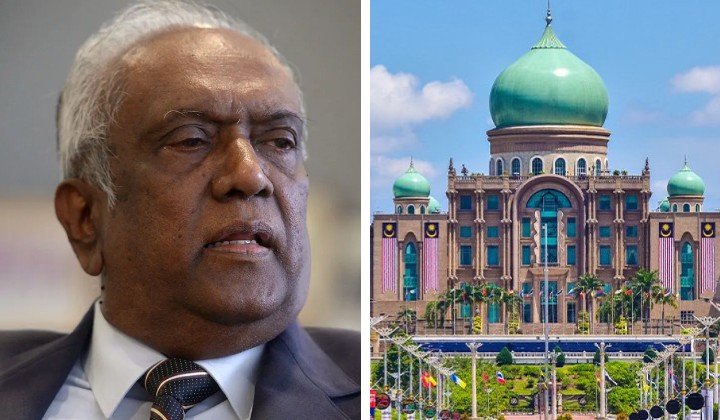 A senior government retiree urges the government to prove that they hire on merit.

Tan Sri Ramon Navaratnam, who held important posts in the government, including deputy secretary-general of the Finance Ministry, said the government needs to provide a breakdown of the positions.

Navaratnam, an outspoken critic of Malaysian politics and society, was quoted by FMT as saying that these figures are too general and must be made public.

He was commenting on the statement of the Congress of Unions of Employees in the Public Service (Cuepacs), which rejected the claim of Seputeh MP Teresa Kok.

He insisted that a person’s race had never been a determining factor in hiring or promotion of civil servants.

Adnan said participation in public service is dependent on the will, interests and inclinations of the individual.

The response from non-Bumiputera in public service is seen as lacking because civil service have a lower salary compared to working in the private sector or doing business.

Cuepacs president, Datuk Adnan Mat, on why non-Malays are not interested in civil service.

Kok is reported to have said that the civil service has now been dominated by Malays since the introduction of the New Basic Economy in 1970 and that national factors should not be the determining factor in hiring or upgrading lay officials.

She made the comment after Minister in the Prime Minister’s Department (Special Duties), Datuk Dr. Abdul Latiff Ahmad revealed that approximately 90% of the 1.2 million civil servants are Bumiputeras.

Latiff said that the recruitment and promotion of civil servants are based on merit.

The civil service is good for the mind dead non malay malaysia who main preoccupation eat work shit sleep and die . It's not for the progressive who want better https://t.co/Z7O2zNflIX

Former Umno MP, Tawfik Ismail Tun Dr. Ismail, said there is no incentive for non-Malays to join the public service if there is no prospect for career advancement.

He said the reason it is centered on Malays in the service is the patronage policy practised by the government.

He also claimed that Islamization in the country, which he said happened when Tun Dr Mahathir Mohamad and Datuk Seri Anwar Ibrahim were prime minister and deputy prime minister, had “scared” non-Muslims from going into public service.

Will Penny Wong be able to be Foreign Minister of Malaysia if she had not emigrated to Australia and given up her citizenship for Australian nationality in 2001? https://t.co/czdEqEOTU2 pic.twitter.com/i0NZCnvvcX

Meanwhile, the former chief secretary of the Treasury, Tan Sri Mohd Sheriff Mohd Kassim was quoted as saying the government needs to announce a policy that provides equal opportunities in all branches of the public service, regardless of race and religion.

This will attract more graduates from leading universities and non-Malays to join the administrative, technical and professional branches.

I've seen Non Malays in the civil service, mostly "if i can't beat them might as well join them". Or they tend to click together among the Non-Malays group. Siap ada WhatsApp group sendiri setup by a non malay boss. Sama je last2.