Opinions are divided on the open rebuke of errant public transport users. 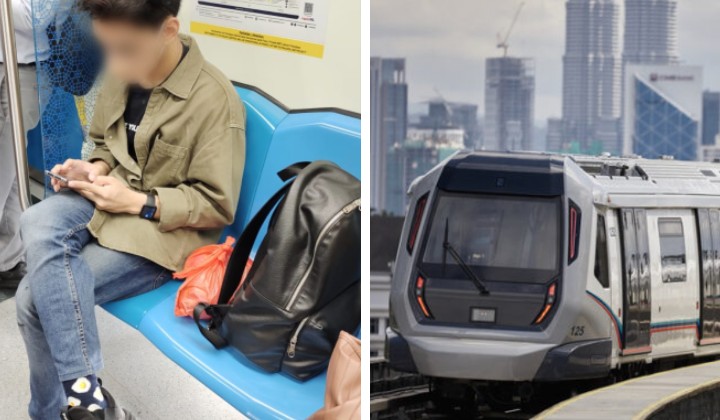 Lately, there have been stories about public transport users who are irresponsible, rude and so on.

And most recently, a Twitter user expressed his displeasure on social media when an LRT user placed a bag on the seat next to him.

The individual, @azaleaqaireen, also took a photo of the LRT user in question.

However, the sharing received a different response from netizens, who mainly criticised the individual’s actions.

Jangan sampai ktm ,mrt and sekutu dgnnya buat annouce tiap 15 min , “Please be common sense,one seat for one people ,not for yur bag,bottle and anything else” ko fhm ke tak

Blow Something Out Of Proportion

According to netizens, uploading photos of the passengers on social media is unnecessary.

They said the complainant could have just spoken to the fellow LRT passenger while on the train.

They feel that the purpose of the posting is just to gain popularity or go viral.

Know rite? After a tiring day, if one doesnt have the energy to confront or talk, then dont use the energy to spread the negativity. Talk abt one’s common sense, why dont we use our common sense too? Sometimes org bukan sengaja buat mcmtu, sesama penat balik kerja kn? Sesama biul

Nevertheless, some said the LRT passenger deserved public rebuke as it is common sense that unused empty seats are not for putting bags.

By doing so, it would make the trains to be more packed than it already is.

Malaysians are generally quite flexible, but there are a few things people should avoid doing so as not to appear rude while using public transport.

If you keep to them, you’ll surely be an excellent citizen on public transports.