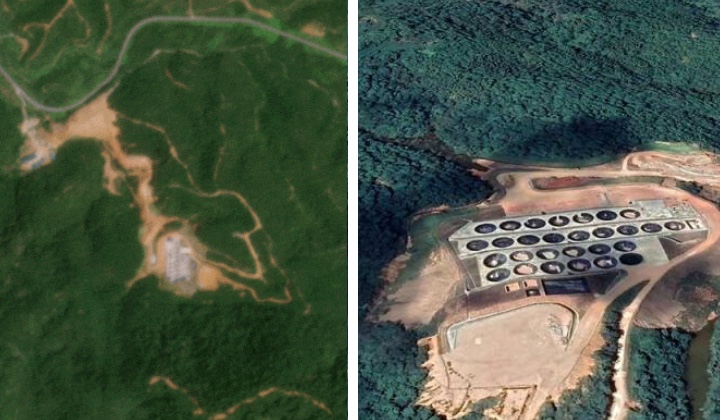 Lanthanide mining operations, a rare earth type in Hulu Perak, have yet to begin, as claimed by some parties.

Perak Menteri Besar, Datuk Seri Saarani Mohamad, said the image in the area is preliminary work, such as making roads and catchment ponds.

According to him, the image displayed via the satellite is an old structure made for preliminary work to identify the presence of the material in the area.

I remember this long before I became the Menteri Besar, after the previous government announced the discovery of the new mineral. It (preliminary work) has started on a small scale in land owned by the Perak State Agriculture Development Corporation.

However, Saarani said, when he became Menteri Besar, he had ordered the work to be stopped in January 2021 until standard operating procedures (SOPs) on it were obtained.

A Long Way To Go

Saarani said the project, in Kenering sub-district in Hulu Perak, is still waiting for the Cabinet to approve the SOPs.

Although the project’s environmental impact assessment (EIA) report was approved last May, many processes still need to be done before the mining work can begin.

Saarani said there were several SOPs that needed to be followed, including the Environmental Management Plan (EMP) and Social Impact Assessment (SIA).

The project also needs to obtain planning permission from the Gerik District Council.

Earlier, Malaysiakini claimed that the new mineral mining work had begun, based on satellite image displays.

The site has been earmarked for mining lanthanides, which are 15 chemical elements commonly known as rare earth, and used to make electronic components.

The project is a collaboration between the Ministry of Energy and Natural Resources (KeTSA) together with the Perak state government.

The project is for non-radioactive rare earth elements (NR-REE).

Despite assurances from the government, the public is not convinced that the project is safe.

Human greed truly has no boundary. And haven't we learned anything from Bukit Merah?

The co-extraction of thorium and uranium are radioactive metals which can cause problems for the environment and human health.

Malaysians have expressed concern that the government did not learn from the ‘tragic lesson’ of the Bukit Merah Asian Rare Earth (ARE) plant.

The ARE tragedy caused serious radioactive poisoning among the surrounding population.

It produces high-quality separated rare earth materials for export to manufacturing markets in Asia, Europe and the United States.

Critics claimed the facilities of the factory are not built with the best technology, causing serious environmental pollution.

Why Is Rare Earth So Important?

Rare-earth elements (REE) are necessary components of more than 200 products across a wide range of applications, especially high-tech consumer products.

China has the most amount of rare earth, topping the list for mine production and reserves of rare earth elements.

Processing rare-earth elements is an environmentally taxing, labor-intensive, time-consuming and expensive process that most Western countries, especially the US gradually outsourced to China. They now control about 97% or REE processing. Malaysia does the rest.

The Chinese have an estimated 44 million tons in reserves and 140,000 tons of annual mine production.

Meanwhile, Malaysia has about 30,000 tonnes of rare earth based on the finding in the residual tin deposits.