The last time a crocodile appeared on the beach was 10 years ago. 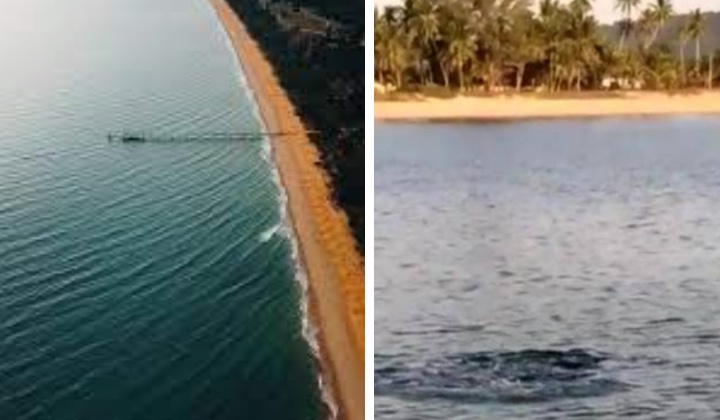 A group of fishermen were shocked when they saw a crocodile swimming at Kampung Tengah Beach near Kijal.

Wan Zuhairi Wan Nordin, 32, said the incident happened when he and several other fishermen were on their way to catch anchovies in the middle of the sea at about 7 am.

When viewed closely, it looks like a crocodile with an estimated length of two meters is not far from the boat we are riding.

Wan Zuhairi said it is worrying as the distance to the beach is very close, only about 100 meters.

He managed to record a video as proof so that visitors to this beach are more careful.

Wan Zuhairi, who has been a fisherman for the past 15 years, said the appearance of crocodiles around the village beach is not new.

He said it had happened 10 years ago.

Hopefully, nothing bad will happen because this beach is the focus of many people every school holiday or weekend.

The matter has received various responses from netizens who are worried about the safety of visitors and villagers.

READ MORE: Kuching Man Bitten By Crocodile Saved Himself By Slapping The Creature

Meanwhile, Terengganu Department of Wildlife and National Parks (Perhilitan) director Loo Kean Seong said his department had yet to receive any information related to the crocodile.

Nevertheless, he advised visitors to be vigilant when they’re around the area.

In Malaysia, wild saltwater crocodiles live in mangroves at Rembau-Linggi by the border of Melaka and Negeri Sembilan, the Setiu-Chalok-Bari basin in Terengganu, and several major riverways in Sabah and Sarawak.

Of a modest size with a very broad snout, it appears more like an alligator and is a heavily armoured species.