Cars are parking at slots marked for buses at highway stops. 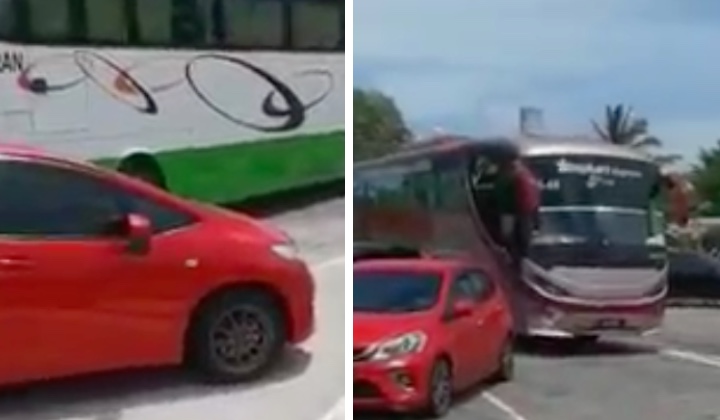 The practice of people parking their cars at slots reserved for buses is taking its toll on motorists as well as bus drivers.

Bus drivers say the situation is forcing the buses and other vehicles to stop in the middle of the streets.

This not only blocks traffic on busy roads but also poses a big threat to passengers going in and out of the bus and vehicles coming from behind.

Bus drivers also risk getting fined by the police for stopping in the middle of the road or at places not designated for the purpose.

An unnamed bus driver recently took to social media to highlight the problem.

Are they stupid and without brains? They are too selfish. Do they think they are the only ones who pay the toll? If we reprimand them, it could lead to a fight. But if we don’t say anything…

The bus driver on cars parked at slots marked for buses.

The bus drivers have no way to stop at designated areas as these slots are already occupied by drivers who leave their vehicles there for long periods.

Netizens said such practice (parking of cars at bus stops) has been happening for a long time and is still continuing.

People suggested imposing stiffer penalties on violators to discourage erring motorists from parking at these designated areas for public buses.

The public can report violators by taking pictures or videos of cars parked at slots reserved for buses.

The photos, together with the location of the offence and the time it was committed, can be submitted to authorities using the e-Aduan@JPJ app.

The app can be used to report other traffic offences.

At the same time, the public is advised to be observant and extra cautious while boarding and leaving buses, taxis, limousines, or any public transport.