Passengers were asked to disembark from the trains at various platforms. 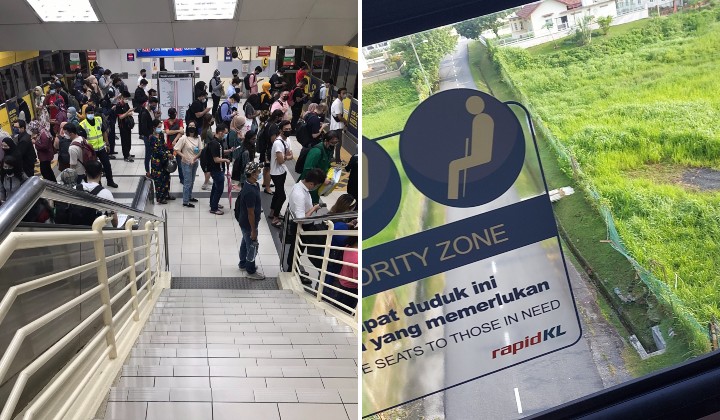 [Update: Prasarana has released a statement regarding the disruption.

Commuters were once again left stranded on the LRT during the morning rush hour this Tuesday, on 24 May.

At around 8.45am, a train came to a standstill on the middle of the tracks near Taman Bahagia LRT station.

Stuck in the middle 😪 pic.twitter.com/DS8Zp4XLLH

Across most stations, passengers were asked to disembark from their trains and leave the station.

Plenty of passengers complained about the unreliable service, noting that these sort of major delays has happened three times in the past three weeks as if it’s a weekly occurance.

The same thing almost every week. With so much damage done to the country, at least please maintain the quality of your public transport especially now everyone is back to working in office.

Ok lah. Can use this as excuse to my boss to let me continue work from home this week 😁

Previously, the train service was disrupted two weeks ago and last Friday.

At the time of writing, the train service has resumed and commuters can expect the trains to run as scheduled for now.

Kelana Jaya Line Update: We are regulating the service at normal speed and frequency will be restored in a few minutes. Thank you for your patience and we apologise for the inconvenience caused.

Prasarana Malaysia Berhad has come under fire from the public and the Transport Ministry alike to find a solution to the failing trains and unreliable service.