Employees who fake coronavirus-related illnesses could lose their jobs and face criminal penalties. 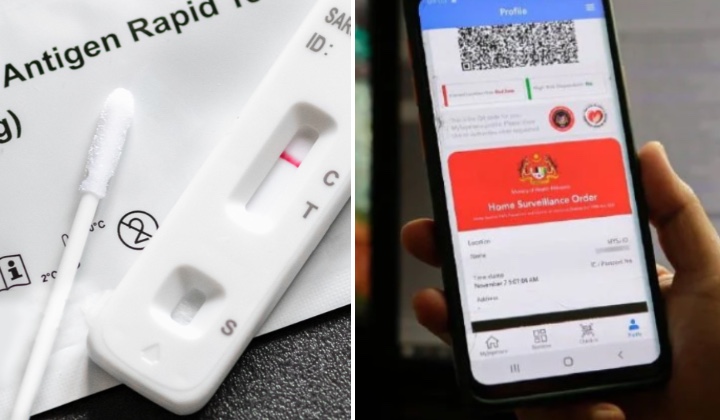 Despite much of the population now vaccinated and many having received booster shots, a new Covid-19 ‘wave’ has managed to emerge – employees falsely reporting a positive test.

An example is the case of a construction worker who doctored a picture of his self-test kit result.

The guy used photo-editing software to alter a photo of his original Covid-19 self-test, which showed only one line (negative).

After copying the line, he placed it on the ‘T’ indicator (positive).

He then submitted the fake image to MySejahtera to get his Home Surveillance Order.

Throughout the seven days of “quarantine”, he would continue to submit his health report to MySejahtera as required.

As he was not considered a high-risk patient, the construction worker did not have to worry about being asked to go to a clinic or Covid-19 assessment centre.

His devious method to get out of work was reported by The Star.

It is easy and nobody can detect it unless they check the photo thoroughly.

Confessions of a construction worker on faking Covid-19 illness.

The fact that self-test kits can produce inaccurate might have given rise to the idea.

Not The New Norm That Employers Have In Mind

The situation has prompted employers to be on the lookout for potential fraud.

Faking Covid-19 illness could lead to a variety of legal consequences, depending on the specific facts of the misrepresentation.

There seems to be no provisions under the Prevention and Control of Infectious Diseases Act 1988 allowing health authorities to penalise those who falsified their Covid-19 test results.

Nevertheless, companies can still take their own action, including pay cut in lieu of the number of days being absent from work, suspension or even sacking.

President of the Federation of Malaysian Manufacturers (FMM), Tan Sri Soh Thian Lai said there is a tendency for some employees to act dishonestly and claim sick leave.

Workers are taking advantage of the fact that MySejahtera does not require verification of information except for the Covid-19 test image alone.

MySejahtera should have features that enable medical practitioners to confirm the health status or condition of employees who claim they are unable to report for work and need quarantine at home.

Meanwhile, the President of the Malaysian Employers Federation (MEF), Datuk Dr Syed Hussain Syed Husman said employers should manage these offenders under their own disciplinary action.

He was quoted by Utusan Malaysia as saying that strict action should be taken against the offenders.

Such abuse will affect the company’s operations and confuse the authorities which are trying to manage the epidemic.

Previously, it had been the other way round.

People would fake their vaccination certificate and test results instead so they can get to work.

4-Day Work Week Proposal A Waste Of Time, CUEPACS Want Gov’t To Focus On Other Things Instead