Netizens fear that constant and excessive moisture might make the concrete crack. 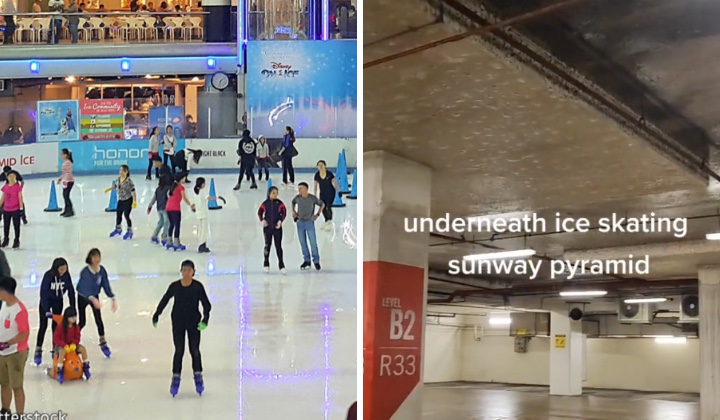 Recently going viral on the TikTok app is a video on the latest condition of a shopping mall car park.

The car park is allegedly located underground at Sunway Pyramid which is famous for its ice skating rink.

In the video, it can seen that the ceiling of the car park lot was covered with moss.

The ceiling was covered with water droplets, causing the car park floor to be wet.

It is understood that the condition can cause concrete to easily crack if left unattended or if no repair work is done.

The video was uploaded by a user named @jangrembau.

Meanwhile, the management of Sunway Pyramid has reassured that the structure is safe.

The management explained in statement that the moisture is due to condensation.

As a flagship mall under Sunway Malls, safety is our utmost priority. We assure you that although we are a building from the 90s, we have certified engineers who regularly inspect the building’s structural integrity, including inspection checks from relevant authorities.

Sunway Pyramid management on the situation at the underground car park.

The management added that there is no water contained inside the concrete or within its structure despite the current rainy season causing high humidity levels.

In other words, the safety of the building is not compromised under these circumstances.

At the same time, Sunway Pyramid reassures that it will continue to improve the humidity levels in the basement car park.

However, excessive amounts can also be detrimental, according to engineers.

Excessive moisture is most problematic in concrete when there is a lack of climate control and air circulation.

Trolley “Helper” Stalks KL Woman To Her Car, Mall Management Gaslights And Laughs At Her Instead