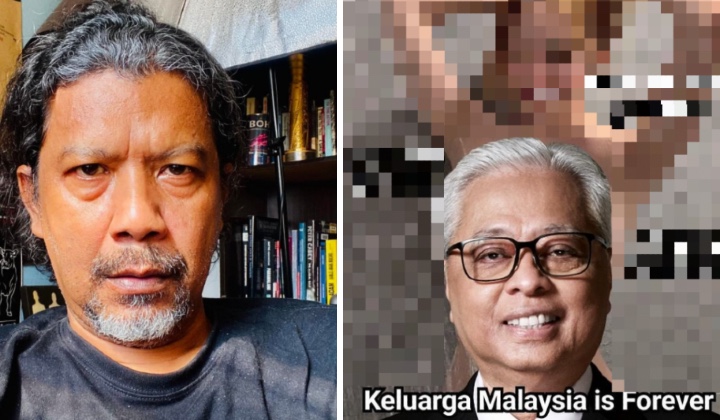 Well-known actor and director, Nam Ron was called to the Kajang District Police Headquarters because of one of the posts uploaded in his Instagram account.

Nam Ron admitted that he was shocked as it was the first such incident in his three decades as an actor.

Nam Ron, whose real name is Shahili Abdan, was investigated under section 504 of the Penal Code and Section 233 of the Communications and Multimedia Act 1998 after an individual reported his Instagram post.

According to Nam Ron, 53, he only shared about a poster in the post because he felt there was a good message.

“I did not make any threats and incitement and I am not a person who is crazy for likes when uploading posts on social media.”

The director of One Two Jaga said the people who made the report to the police is perhaps dissatisfied with him.

Why do you want to chase likes or followers, that thing is not important because most of my posts are just for fun or a parody of an issue.

Meanwhile, Nam Ron said even though he was reported to the police, he was not intimidated.

Nam Ron explained that he did not commit any offence and would still be himself every time he uploaded a post on social media.

Possibilities And Pitfalls Of Social Media

A portrait of Prime Minister Datuk Seri Ismail Sabri Yaakob was photoshopped onto the picture.

At the bottom of the photoshopped picture is the phrase “Keluarga Malaysia is Forever”, in reference to the concept coined by Ismail Sabri in 2021.

The photo also contains remarks which are unjust and disrespectful to Ismail Sabri.

Netizens were not amused and slammed Nam Ron for the distasteful posting.

It is not immediately clear why the artist chose to photoshop the two individuals together.

Siew, more popularly known as Ms Puiyi, is widely known for sharing dazzling photos and videos of herself on social media.

She is the founder of cosmetic brand MsPuiYiCosmetics.

Ms Puiyi made waves when she was announced as Penthouse’s January Pet of the Month.

In addition to her achievement, she also dropped a new single “Men-Mory”.