The Ministry of Human Resources Malaysia noted that the public holiday is only for those in the private sector. 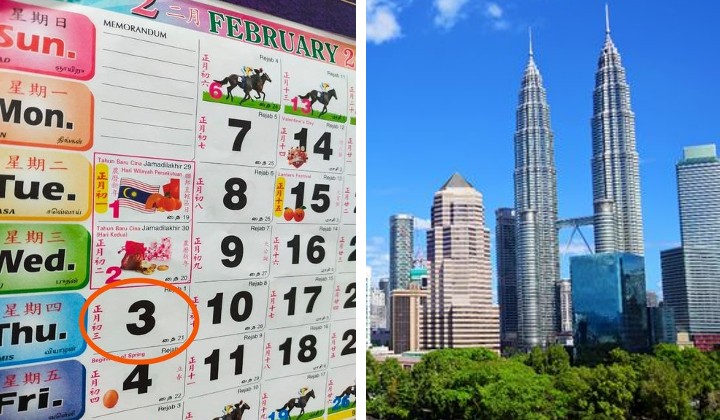 Ministry of Human Resources recently uploaded a statement on their social media explaining the overlapping public holidays on the 1st of February 2022.

In the article, the Chinese New Year holiday falls on the 1st of February 2022, which overlaps with Federal Territory Day.

It is said that the employers of the private sector under the Federal Territory of Kuala Lumpur, Putrajaya, and Labuan should give one extra day for a paid public holiday on the 3rd of February 2022.

On the cabinet’s website, it is stated in a small hovering announcement that the public sector is not included in the 265 Act, hence only employers in the private sector can give the day off to their employees.

Malaysians were previously disappointed to learn that the news of an extra public holiday was deemed fake news by the Prime Minister’s Office, but it seems like some Malaysians will be getting a holiday anyway!