Opposition MPs apparently don’t get allocation from the Federal Government and need to pay their interns out of pocket. 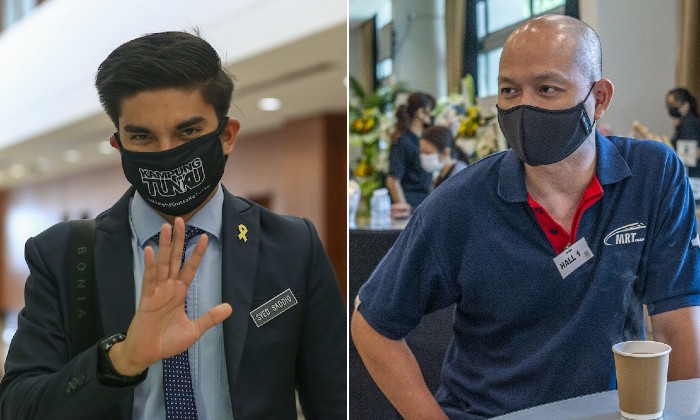 Opposition Members of Parliament (MPs) Syed Saddiq Syed Abdul Rahman and Ong Kian Ming received some criticism when netizens found out that interns employed with the Federal Government and/or with political parties were only getting paid an average of RM900 a month in allowances for their work.

Recently, Muar MP Syed Saddiq shared on Twitter about how he managed to get the Cabinet of Ministers to reintroduce allowances amounting to a minimum of RM900 for interns serving in the government back when he was the Youth and Sports Minister – among other achievements he managed during his time as an elected representative.

Appreciate the criticism. I must do better.

The tweet got a reply from Bangi MP Kian Ming who vouched that the program implemented by the Cabinet was indeed in effect and that because of the decision, he was personally paying his interns, who haven’t graduated yet, an allowance of RM900 a month instead of only RM500 like he did before.

He explained that the proposal would have set the benchmark for how much government-linked companies (GLC) and other social responsible corporations should fairly pay their interns.

I can vouch for the RM900 per month for the interns. This is what I pay my interns now who haven’t graduated yet. B4 @SyedSaddiq‘s proposal, I used to pay them RM500 as an allowance. This would have set the benchmark for GLCs & also other socially responsible corporations. https://t.co/sphfWYjSO4

However, the remarks made by both MPs didn’t really sit well with Malaysians online who feel that the amount was still terribly low.

People shared their experiences of getting paid more during their internships at private companies and expressed their dissatisfaction that RM900 simply wasn’t sufficient for interns to survive in current times.

Some also share other benefits that they apparently received during their internships which included healthcare plans, travel allowances and other advantages.

However, there were those who are of the opinion that RM900 was still plenty for interns.

RM900 allowance for interns is plenty. It’s called an internship for a reason — a short stint to gather work experience from a position of zero work experience.

A number of commenters also asked if the reintroduction of the intern allowance program really did become a reality since (you know) the Pakatan Harapan (PH) government fell in 2020.

In response to the criticism and concerns, Kian Ming provided an explanation as to why his interns were only getting paid around RM900.

In a follow-up Twitter thread, the former International Trade and Industry Deputy Minister went on to describe that the reason was that the Opposition did not receive any Federal Government funding to pay off interns and that had he had to pay for his own interns out of pocket.

The MP wrote that back when he first became an elected representative in 2013, he received “zero” Federal Government funding.

The funds he did receive from the State Government, which amounted to RM50,000, went to paying his full-time staff.

This was the reason why he only paid his interns RM500 a month, and he went on to explain that he had to personally raise money to pay full-time staff and other office expenses then too.

“I made it clear to my interns that what they were getting from me was an allowance, not a salary.” he justified by saying that most of his interns were students and wanted to work with him for experience and not the pay.

He continued to share that back when he was a Minister, his interns were paid under the Federal Government’s “Daily Part-Time Worker” scheme, in which interns were paid based on their qualifications and can amount to RM100 a day.

I did not have to raise additional funds to pay my interns then.

But when the PH government was ousted later in 2020, Kian Ming returned to paying his interns out of pocket as the Federal Government allocation was no more.

The MP said that between May to December 2021, he had to raise more than RM30,000 to pay his non-graduate interns an allowance of RM900 and his graduate interns RM1,200 a month.

“I think I have a decent record of treating my interns well and giving them a good learning experience. The RM900 monthly allowance is not the main point of interning with me. You can ask any of my interns in 2021 and before that to verify their experience,” wrote the MP in his tweet and said that he’d made sure that all of his interns received the exposure they needed.

Read Kian Ming’s full explanation on Twitter, by following the thread below.

1) Thread on RM900 allowance for my interns. Firstly, I am not a company or a GLC. When I first took in interns as an elected rep in 2013, I was getting ZERO federal govt funding. All of my state govt funding of RM50k went to my full time staff salaries. Hence RM500 as allowance.

In 2020, the PH government agreed to reintroduce allowance payments for industrial training programs or internships with the government.

Later, it was announced that these allowances would be increased from RM1.60 an hour to RM5 an hour.

The increase basically meant that government interns would get paid a sum of RM900 a month instead of the previous RM300.