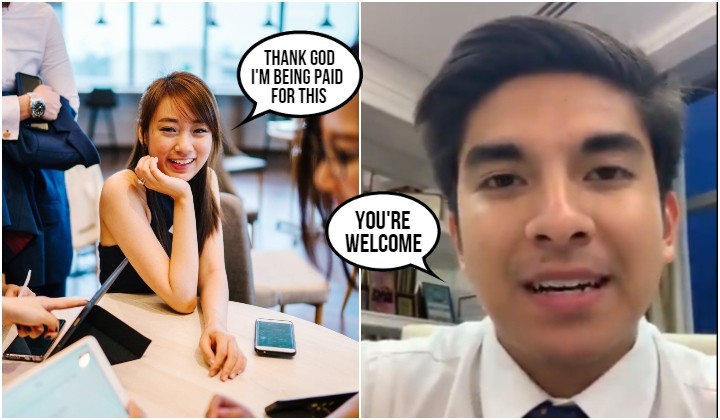 We have some good news for all university students!

The government has agreed to increase the allowance for interns undergoing practical training in ministries, government departments and agencies to RM5 an hour, starting from September 1.

The Youth and Sports Minister, Syed Saddiq Syed Abdul Rahman, shared the brilliant news today (Aug 16) in the most millennial way: by announcing it on his Twitter account.

Based on his tweet, the agreement was reached during a special meeting of the Cabinet held today.

This is a promising change considering many interns in the government either didn’t get paid at all or earned at the previous rate of just RM1.60 an hour (RM300 a month).

At the time of writing, Syed Saddiqâ€™s tweet has been retweeted over 22k times and received 22.9k likes, with many replies thanking the minister for his hard work.

Youâ€™re one of the good things that happened to Malaysia YB. Youâ€™re doing an amazing job. 🔥🔥🔥

However, there were also those who were seeking a little bit of clarification on the matter.

On July 24, the minister first announced that he was working on making internship allowance mandatory.

He explained that he planned to start the change with government ministries and agencies first and eventually working on having the rule implemented in the private sector too.

What do you think of the change? How much you were paid during your internship (or how much you think interns should earn)?