Celebrations have been canceled in respect of the flood disaster and the pandemic. 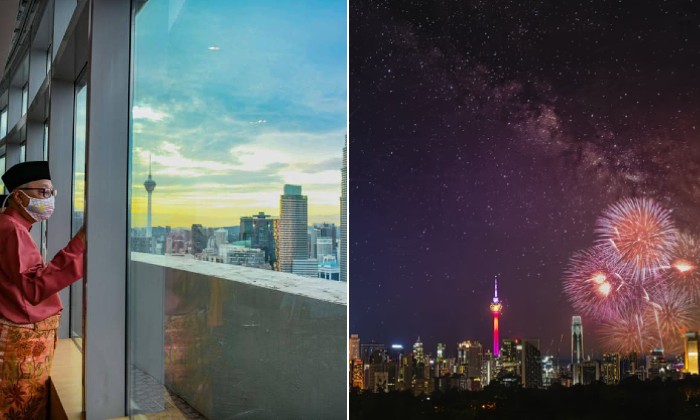 Tough luck Malaysia, the government has called off and practically issued a ban on all public New Year’s Eve celebrations across the country in light of the year-end floods and the pandemic.

This decision was made and announced by Prime Minister Datuk Seri Ismail Sabri Yaakob to make way for “solat hajat” and “doa selamat” (special Muslim prayer sessions) in respect of the flood disasters ravaging parts of the country and to sympathise with those affected by it.

Ismail invites the rakyat to join the special prayers session that’ll be held and broadcast live on national TV and radio from Masjid Putra in Putrajaya tonight (31 December).

Similar events will tentatively be held at mosques throughout the country, and the PM asks that non-Muslims join in the prayers – according to their own, varying beliefs.

Meanwhile, the police have made it clear that the public should not get involved in any form of public celebration and mass New Year’s Eve gatherings at any popular hangouts nationwide.

This means that there will be no public celebration or fireworks to be put on display again this year.

The protocol was set in place as a measure to avoid Covid-19 outbreaks.

Law enforcement authorities would effectively be out on patrol to look out for and ensure that no one gets together in large groups, in public and in violation of pandemic SOPs.

I’d like to remind the public to not get involved in any new year’s celebration activities, or gather in large numbers on the eve of the new year tomorrow (31 December) at any popular spots.

However, we’re pretty sure that everyone is still allowed to celebrate and mark the occasion, privately in their own ways as long as SOPs are followed.

Just remember to keep your masks on, your hygiene on fleek, take your Covid-19 tests before you attend an occasion, and don’t drink and drive.

Stay safe, and have a Happy New Year Malaysia!