The victim and a friend were believed to be sleeping on the railway bridge. 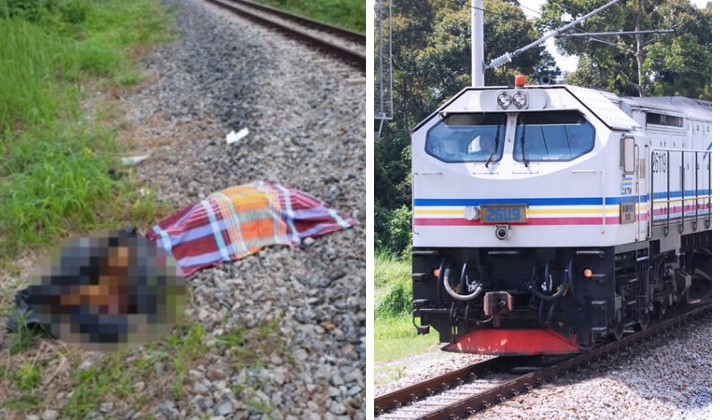 A teenager was killed by a train in Kampung Tiong, near Gua Musang.

The victim, Mohamad Azwan Syhmin Md Yusoff, 18, was dragged about 30 meters by a train traveling from Kuala Lipis to Tumpat and died at the scene in the incident at 5.30 am on 27 Dec.

Gua Musang District Police Chief, Superintendent Sik Choon Foo was quoted by Berita Harian as saying that the victim was injured when half of his body was destroyed as a result of being run over by a train.

He said that before the incident, the victim and a friend were believed to be sleeping on the railway bridge.

Upon seeing someone sleeping on the bridge, the train driver sounded the horn, but the victim did not get up.

However, his friend woke up and ran to save himself as soon as he saw the train approaching.

Police investigation found that half of the victim’s body was destroyed due to being hit by a train. The distance between the location where the victim slept with his body was found to be about 30 meters.

The train driver reported the incident to Keretapi Tanah Melayu Berhad (KTMB) and the police for further action.

The victim’s body was then taken to Gua Musang Hospital for autopsy and the case was classified as sudden death.

Sik advised residents living near the railway tracks to be careful as the area was risky and dangerous.

We also remind residents not to make bridges and railway tracks as places to hang out or sleep at night.

He also reminded parents or guardians to constantly monitor the movements of children to ensure their safety.

[Watch] ‘Jumping’ Almera Crashed Into A Superbike On PLUS Highway