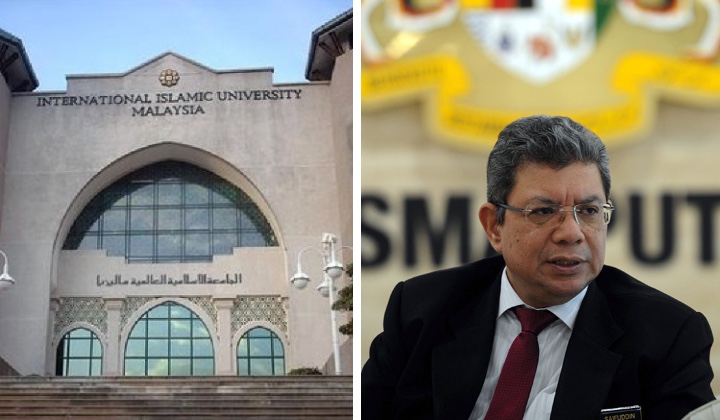 The World Bank has halted funding for projects in Afghanistan after the Taliban seized control of the country.

He said the students are getting temporary financial help from IIUM including fee waivers, but it’s just a stop-gap measure.

Current circumstances mean that the students in IIUM are facing the prospect of not being able to continue their studies in Malaysia. We are very sorry for them, as we know it will be a huge disappointment if they had to go back to Afghistan prematurely.

He also appealed to the Malaysian government to give the Afghan students working visas.

Zulkifli pointed out that many Afghan students are disheartened as they can’t get part-time jobs and earn some extra pocket money.

Their families can’t support them and they struggle to pay the university fees and accommodation.

He said the Afghan students are hopeful their scholarships will only be deferred but they are deeply concerned it could be impossible as the current Taliban government in Afghanistan is yet to be recognized by the international community.

Let Us Work In Malaysia

At the same time, he called on the Malaysian government to grant the Afghan students visa to bring in their family members.

Hamidullah said many of the Afghan students are doing master’s and Ph.D. courses which take a long time.

During this period, they need to be with their dependants such as their wife and kids, he said.

At present, Afghan students need to go to a third country and get a single entry visa to come to Malaysia which is hard and expensive.

Meanwhile, Saifuddin said these are extraordinary times and this is when countries need to find solutions through humanitarian diplomacy.

He noted that Malaysia has been highly regarded among Muslim countries as a leader for them.

Citing an example, Saifuddin praised GPM for being among the first NGOs to lead a humanitarian mission to Afghanistan after the Taliban took over in August.

He said Malaysia is well aware that the Afghan people need help and will continue to stand shoulder to shoulder with them be it in Afghanistan or in Malaysia.

I will bring up the matter with the World Bank representatives during the OIC summit, which will be held in Islamabad, Pakistan, for three days from December 17–19.

Saifuddin also acknowledged the difficulty faced by Afghan students in obtaining visas as there is no Malaysian embassy in Afghanistan. Malaysia is accredited to Afghanistan by its High Commission in India.

The Foreign Minister added that he will discuss with the Afghan ambassador and other stakeholders to understand the situation better.